Some notes on the setting of the Rebels of Adalonia books

I have been asked by a coworker of mine (who also happens to be a writer!) if I have a map available of Adalonia, the country where Valor of the Healer and Vengeance of the Hunter are set. Short form answer: no. The only map of the country exists in my brain. I’d draw one, except I’m not that much of an artist!

However, I’ll talk a bit about the various important places in the setting, and my mental spatial sense of where everything is.

Adalonia: The main setting of the story. In general it’s situated in my brain on a very large peninsula of the continent it’s on, somewhat roughly analogous to the Iberian Peninsula in Europe.

Nirrivy: A currently non-existent country that was swallowed up by Adalonia a couple hundred years before the story. The territory formerly occupied by Nirrivy is now Adalonia’s western provinces.

Kilmerry Province: The largest of the western provinces that formerly made up Nirrivy. Kilmerry is where most of the action in the story takes place, although I’ll be moving a lot of the action eastward in Victory of the Hawk.

Shalridan: The capital city of Kilmerry Province and the former capital of Nirrivy. It’s on Kilmerry’s western coast and has open access to the ocean.

Camden: Smaller than Shalridan, but still large enough to be fairly important, Camden is where the Duke of Shalridan’s family have their primary residence. It’s 2-3 days ride roughly east of Shalridan, depending on how fast you’re moving.

Bremany: The estate of Kestar Vaarsen’s family and its attendant village. About a day and a half to two days’ ride roughly northeast-ish of Camden.

Arlitham: A small village east of Bremany, close to the eastern border of Kilmerry Province.

Dolmerrath: The last stronghold of the elves anywhere in Adalonia, situated pretty much as far northwest in Kilmerry Province as you can get before you hit water. Roughly three days’ ride north of Shalridan, two if you’re pushing it, and you can get up there faster if you go by boat.

Tantiulo: The other major country mentioned in the story, from which several of the characters in the cast hail. Tantiulo is on a continent south of the one that contains Adalonia and is only reachable by ocean voyage, there’s no overland route between the two countries. Relations between the two have been strained ever since the war that took place roughly twenty years before the start of Valor of the Healer.

Other things I know about the setting:

1) Elisiya, the long-lost homeland of the elves, was destroyed by Adalonia. Its territory is currently considered an Adalonian colony.

2) Vreyland, another country that exists in this world and which is passingly mentioned in Vengeance of the Hunter, will eventually be showing up in another book I have in progress, currently called Mirror’s Gate. Vreyland is a considerable distance to the northeast from Adalonia, and has a colder and harsher climate. When Adalonia wiped out Elisiya, quite a few of the elves fled in that direction rather than fleeing west, and Vreyland now has a considerable elven population. I will be referencing this in Victory of the Hawk.

And here’s a fun side note: Vreyland also has human mages. (Of course, if you’re following the trilogy, you know Tantiulo has at least one. >:D )

3) The world in general, at least in Adalonic, is called Khilann. There are other names for it in Tantiu, Elvish, and the other languages in play in the setting, but Khilann is how I think of it.

If anybody ever wants to draw me a map of the world of Khilann, I will totally make it available here on my site. And if anybody wants to know anything about what I know about the geography of the world, you have but to ask! 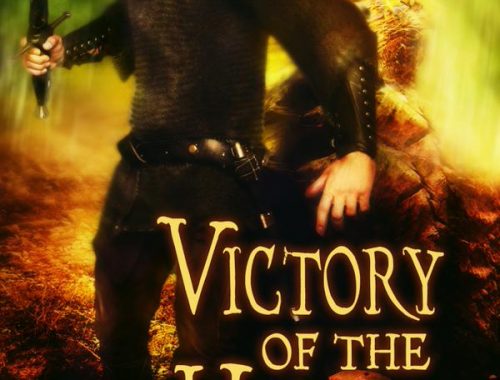 On further works in the world of Rebels of Adalonia

Victory of the Hawk status update