Tonight, after I dine upon a dinner of tofu, I’m going to dive headlong into something I haven’t tried for a few years: an official stab at Nanowrimo.

Up on the block: Warder Soul, Book 3 of the Free Court series. Which, yeah, I’ve actually already started, but I haven’t put nearly as many words into this thing as I should have by now and I’m hoping Nanowrimo will help me out with that. I’m out of the habit of daily writing and I need to fix that pronto. Doing Nano in 2003 when I originally wrote Faerie Blood was very helpful for that. So I’m hopeful that doing it again this year will do it again.

Plus, Faerie Blood was a Nano novel. It would satisfy me deeply to have another book in the series come out of a Nano win too.

So yeah, I’m doing this thing. I’ve woken up my profile on the Nanowrimo site–as always, I’m annathepiper there if anybody else doing Nano wants to buddy up with me.

This time, I’ll also have the advantage that Warder Soul is pretty much already outlined in Scrivener. If I keep to the outline, if all works well, I should be able to chug through this at a much brisker pace than I’m used to.

There will be word count updates here and on my social media accounts, so follow along and cheer me on as I get back into the groove of making life very, very difficult for Team Kendis.

Who else is doing Nano this year? Join me in the madness! 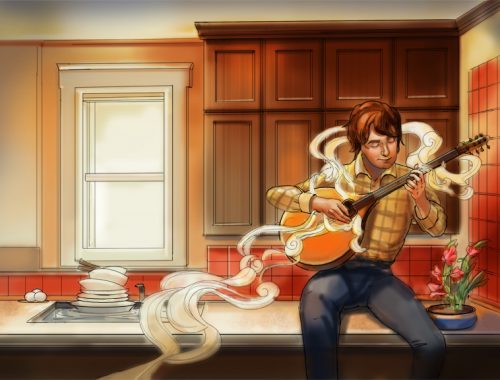