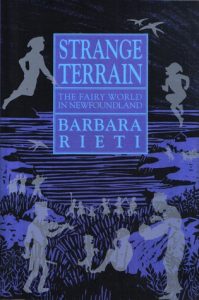 So I was poking around doing some googling, trying to get an idea of what plot points I could use for the forthcoming novella starting Caitlin and Gabien–and I discovered a couple of books written by a lady named Barbara Rieti. She’s apparently done considerable research into the folklore of Newfoundland, which, why HELLO THERE relevance to my interests.

And heh, I feel like I leveled up a bit in Writer, buying books for actual research and stuff.

Thus, picked up from ISER Books (for the print) and Kobo (for the ebook):

Strange Terrain: The Fairy World in Newfoundland and also Making Witches: Newfoundland Traditions of Spells and Counterspells, by Barbara Rieti. For general “finding all about things that the Warders of Newfoundland need to know about” purposes.

Also picked up from Kobo:

Atlantis Fallen, by C.E. Murphy. Another self-pubbed title from her this year, a heavily reworked version of a book she wrote some time ago. Picked up for general “because Kitbooks!” purposes.