Yes, O Internets, I’m a week late to the mighty supernova of wretchedness that is Sharknado–but this is what happens when my supervillain and I have scheduling conflicts! But tonight, OH MY YES, we will be making up for that in spades. The finest snarkers in the Greater Puget Sound Metropolitan Area will be gathering at the Murkworks tonight for a truly special event: the very first Murkworks Movie Suckoff which is not, repeat, NOT prefaced by my having surgery of any kind! You may imagine my deep satisfaction at this, because it means I get to get into the cider and Sortilege instead!

“But Anna,” I hear you cry, “what movie could possibly be worthy of going up against Sharknado in a Suckoff?! Will it even matter? Because for fuck’s sake, sharks in a tornado!”

DAMN GOOD QUESTION! Tonight we shall go either with Atomic Twister or Deep Blue Sea, depending on which we can find for rent! We’ll either have more sharky, snarky goodness, OR, we’ll have an atomic tornado! Either way, it promises to be spectacularly awful. And tonight, by 7pm Pacific time, I’ll be announcing in this very post who our lucky, lucky challenger is going to be. Moreover, I will be updating this post with commentary as it happens!

Stand by, my friends, et mes amis d’Internet, until the snark commences!

ETA 7:49pm: And OUR CHALLENGER, ladies and gentlemen: Deep Blue Sea! (Not to be confused with Great Big Sea!) All hands are on deck and we are about to be drinking drinks called Tornados. Which include dark rum, passion fruit rum, pineapple juice, and grenadine!

Look behind the fold for more!

ETA 7:50pm: Booting up the Blu-Ray of Deep Blue Sea and we see a worried-looking woman with a HUGE FUCKOFF SHARK behind her. Everybody just giggled knowingly and said “Yeaaaaah.” This is setting the tone for the evening NICELY.

ETA 7:52pm: Erik: “So this is the good movie?” (Mimi told us Scarecrow staff protested “But this is a GOOD movie!” when she told them she was renting it for a bad movie contest.)

ETA 7:55pm: We’re opening with people necking on a boat. “Did you feel something?” “Oh yeah, I feel something!” OHNOEZ something hit the boat and the wine spilled OHNOEZ FORESHADOWING! Paul: “They should have spilled the white wine!”

ETA 7:57pm: Everyone: “NOT THE TEDDY BEAR! NOOOOOOO!” Mimi: “The only character we care about so far!”

ETA 7:58pm: WE HAVE SHARK. Everybody cheered instantly!

Kathryn: “GASP! Is this our strong-jawed, blond-haired hero?”

Kathryn: “That is the skinniest CEO I’ve ever seen!”

ETA 8:00pm: Sam Jackson just came on screen and doubletaked and was all “But but… he’s under deep cover from S.H.I.E.L.D.?! But colonels don’t do field work!” Kathryn: “Remember, this is the GOOD movie!”

Paul: “They’re experimenting on shark brains to cure Alzheimer’s!” Me: “….. THAT works!” Dara: “Noooo, but carry on!”

ETA 8:05pm: Movie: “…. president of the board of Chimera Pharmaceuticals!” Everybody: “Chiiiiimera!” (No, this couldn’t POSSIBLY be foreshadowy!)

ETA 8:06pm: Mimi: “Why are they so big?” Kathryn: “Don’t you know the bigger an animal is, the smarter it is? That’s why elephants have been to the moon!”

Kathryn: “I betcha the effects in this will be better than in Sharknado.”

ETA 8:16pm: Movie: *presents Stellan Skarsgård in cast* Mimi: “OMG that’s a GOOD actor!” Paul: “One thing that really counts against a bad movie is that if you have good actors in a shit film!”

Blonde Scientist: *says technobabble* All: “Well, those were words!”

ETA 8:22pm: Dara: “So basically this movie said ‘We can do Jurassic Park with sharks?'” Kathryn: “JURASSIC SHARK!”

Mimi: “There’s a lot of significant glaring in this movie!” Jenny: “It spares them having to write any dialogue.”

ETA 8:26pm: Movie: *shots for shark* Jenny: “This is the worst acupuncture apppointment ever!” Paul: “They’re checking his oil.”

ETA 8:30pm: Paul: “All these smart people and not a one of them knows how to tie a tourniquet?!”

ETA 8:31pm: Kathryn: “Does anyone mind if I talk over this dramatic rescue?” Dara: “We really need a kaiju about now. This would make this movie MUCH better.”

ETA 8:32pm: All: *cheers for shark to chomp the helicopter* Movie: *drops sharkchomped Stellan on stretcher into water* All: “WHAT?!” Movie: *shows yanking on cord from water* All: “THERE’S THE SHARK!”

ETA 8:35pm: Paul: “Maybe they shouldn’t have made the whole left side of the platform out of TNT!” Jenny: “It LOOKED like it was solid!”

ETA 8:39pm: All: *votes for parrot as best character in the movie*

ETA 8:40pm: Movie: *parrot flips out and flies off* Jenny: “The bird is the only one with ACTUAL SURVIVAL INSTINCTS.”

ETA 8:44pm: Jackson: “They’re not just knocking down doors for the fun of it! They’re after us!” Square-jawed Hero: “Looks like it!” Kathryn: “We’d better have sex to make sure!”

(C.f. The Shape of Doom, BEST VOYAGE TO THE BOTTOM OF THE SEA EPISODE EVER.)

ETA 8:59pm: Movie: *has SHARK VISION* Mimi: “Not that I believe sharks actually see like that…” Dara: “We know from the STORYTELLING that this is SharkCam!”

ETA 9:00pm: Kathryn: “Pacific Rim is a MUCH BETTER MOVIE THAN THIS. Just to be official.”

(C.f. EVERY EPISODE OF VOYAGE TO THE BOTTOM OF THE SEA EVER.)

ETA 9:07pm: Movie: “I spent four years at Caltech and that’s the best physics explanation I’ve ever heard.” Dara: “If I’d been going to classes, maybe it’d have been different!”

ETA 9:10pm: Movie: *MASSIVE FLIP OUT AT SURPRISE STELLANCORPSE* “AAAAAAAAAAH!” Jenny: “I think the trailer should have been two minutes of that.”

ETA 9:12pm: Movie: *SHARKCHOMP ON REMAINING SUPPORTING WHITE MALE CHARACTER* Kathryn: “That was like a bathtub squeaky shark with a G.I. Joe in its mouth!” Dara: “But I liked the little twitches in the foot!”

ETA 9:14pm: Dara and Mimi, singing: “TIP-TOE THROUGH THE SHARK MIST! Tip-toe, cause we’re all gonna die, so tip-toe, through the shark mist, with me! o/~”

Dara: “Hon, I got news, zip drives didn’t store data when they weren’t submerged in water!”

ETA 9:22pm: Movie: *has last three characters escape into the water AND SHARKCHOMP ON L.L.* All: “Awwwwwwwww!”

ETA 9:44pm: Dara: *does Shatner reading of lyrics* All: *COMPLETELY LOSE IT* Kathryn: “I LOVE EVERYONE IN THIS ROOM.” Jenny: “I love how she went off in a room by herself!” 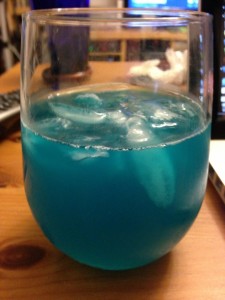 Paul: “I’d rather be running from a Sharknado than a Spiderlanche!” Me: “FAIR POINT, well argued!”

Kathryn (reading from Metafilter, where there’s a thread of people riffing on titles for new shark movies): “World War S!” Another poster: “I don’t get it!” *imemdiately after* “OH OKAY THE S STANDS FOR SHARK!”

ETA 10:02pm: Kathryn: “That’s not tornado clouds!” Me: “Only a fool looks for logic in the chambers of Sharknado.”

ETA 10:05pm: Movie: *SHARKNADOS ALL OVER BOAT CAPTAIN, IN GOD WE WISH WE WERE RAIDERS OF THE LOST ARK FASHION, THEN SEGUES TO SURFING* Kathryn: “Best. Segue. EVER.”

Paul: “There’s another ass! What’s our ass count up to so far?” Kathryn: “Nine!”

Erik: “There’s not a frame of this movie that makes any sense.” Kathryn: “The guy eating soup. That IS how people actually eat soup.” Dara: “Did we actually SEE him eating soup?”

ETA 10:11pm: Jenny: “This is making Deep Blue Sea look like an Oscar-worthy piece of art!”

ETA 10:13pm: Kathryn: “There was biting and a leg. That’s all we know!” Dara: “I’m not convinced we know that!” Erik: “Have these people EVER operated a camera before?”

Paul: “I’ll say this: THESE ASSHOLES KNOW HOW TO TIE A TOURNIQUET.”‘

ETA 10:19pm: Kathryn: “This is finally a movie worthy of Tara Reid’s acting ability!” Erik: “I’ve never heard of her before this movie!” Me: “You’ll never hear of her AFTER this movie!”

Dara fast forwarding through commercials: “How long IS this movie? 38 minutes?” All: “BE GRATEFUL!” Dara: “Objection withdrawn!”

ETA 10:30pm: Erik: “I haven’t seen Battlefield Earth. Is this worse?” Kathryn: “Here’s the thing about Battlefield Earth. It failed in an Aristotlean sense. This movie at least will have a beginning, a middle, and an end.” Dara: “THAT REMAINS TO BE SEEN!”

ETA 10:31pm: Movie: *indicates sharks will be swimming inland through sewers* Mimi: “THAT MAKES NO SENSE!” Dara: “Only a FOOL looks for LOGIC–” Me: “In the chambers of Sharknado!”

Paul: “Wouldn’t it be cool to see Ponyo running in on the waves of sharks?”

ETA 10:32pm: Dara: “YOU CANNOT WEEP AT SHARKS FALLING FROM THE SKIES IN A MOVIE CALLED SHARKNADO.”

ETA 10:34pm: Movie: *has sharks wriggling out of sewer drains* Erik: “Why do we have sewer systems? It’s just inviting the sharks!” Paul: “It’s playing right into their hands! Fins!”

Mimi: “Random house full of blood, dead character unworthy of remembering his name, looks like that time of the month.” Jenny: “I HAVE GIVEN UP ON LIFE.”

ETA 10:40pm: Dara: “The house just imploded. I think it was built on a shark burial ground.”

ETA 10:43pm: Kathryn: “Tara Reid delivers her every line like somebody’s using her as a puppet.” Mimi: “Or has a gun in her back!”

Jenny: “And now we have an ad for Long John Silver’s!”

Paul: “I think we’re about halfway through!” All: “YAAAAAAAAAAY!”

Jenny: “Please tell me we’ll see a shark flying a plane or my life (that I’ve given up on) will be incomplete!”

ETA 11:01pm: Erik: “Why don’t they just drive somewhere inland that’s safe, like Kansas, or Oklahoma? Somewhere where they don’t have tornados!”

ETA 11:04pm: Dara, summarizing the entire movie: “Wibbly-wobbly sharky-warky?” Mimi, to Jenny: “Did you just say ‘leave no shark behind?”

Movie: *is emotional* Dara: “Has it been seven minutes yet?”

ETA 11:11pm: Mimi: “So have we actually had a plot yet? So far it’s been all reactionary!” Paul: “Have we had a PLOT? The Government is sending shark tornados! To take that guy’s STOOL!”

Me: “They’re heading off to the Death Star and this is the part where Han Solo leaves…” Dara: “The Death… SHARK?”

ETA 11:17pm: Dara: “A fire extinguisher and a smoke detector…” Erik: “Is the level of energy required to destroy a tornado!”

ETA 11:27pm: Movie: *FUCK YOU SHARKCHOMP I HAVE A CHAINSAW* Dara: “I thought they smelled bad on the OUTSIDE!” Jenny: *cringes* Mimi: Jenny’s like MY BRAIN! MY BRAIN! OH MY BRAIN!”

Movie: *has hero pull Nova out of shark* All: “NO FUCKING WAY!”

Kathryn, patting Jenny: “I’m SO SORRY! You’re my friend and I brought you into this!”

So yeah, Internets! Consulting the panel of gathered judges, we have a consensus that this is NOT as bad as Battlefield Earth. We do NOT have a consensus between Dara and myself as to whether this is worse than Death Bed: The Bed That Eats.

ETA 11:50pm: And now Kathryn has just analyzed exactly what’s wrong with this movie, i.e., that it’s not actually about the clear protagonist, i.e., Nova! Because it puts the father into the role without properly explaining his backstory!

Jenny: “You could fix this with a fan edit.” Kathryn: “That would require WATCHING THE MOVIE AGAIN.”

Thank you all and GOOD NIGHT! 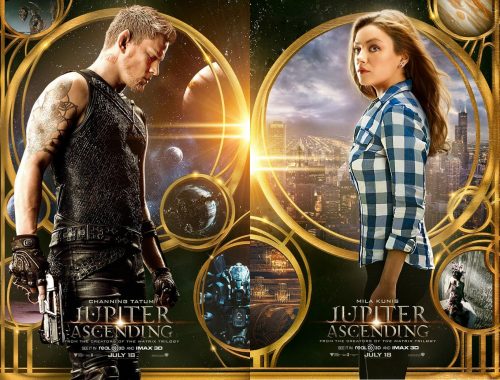