I know, I know, I’m supposed to be rigged for silent running this week. I’m waking up again to post this, because it’s important.

As y’all know I’m a member of the Outer Alliance, and the word broke today over the OA’s mailing list about a particularly noxious little adaptation of nothing less than Hamlet, by Orson Scott Card. Those of you who’ve been following this issue already, or who already know about Card’s rampant homophobia, you know where I’m going with this.

According to this review, his big shocking change to the story is that Hamlet’s father was not only gay, he was also a child molester. That he molested Horatio and Laertes and Rosencrantz and Guildenstern, thereby turning all of them gay. And, as a cherry on top of the bigotry sundae, Hamlet’s dad’s ghost is looking forward to his “beautiful son” joining him in Hell.

Folks, I’m not inherently opposed to adaptations of the classics. Modern popular culture is full of excellent adaptations of many of Shakespeare’s works, and SF/F certainly has its share of them. But I’m opposed to them when they go out of their way to perpetuate lethal stereotypes about queer people. And even aside from that, if the reviewer’s description of the prose tasting like “saltines without salt” is any sign, this particular adaptation is wretched even aside from its being a hatefest.

Another member of the OA mailing list has, however, pointed out a gem of hope and light here: i.e., that the small print run of this novella has not in fact sold out, indicating that not too many have elected to throw their money at it. Ditto for how the previous Tor release in which Card’s work appeared isn’t selling too well either on Amazon.

So to all of you who never knew about this work, I’m a bit sorry to have brought it to your attention, and can only hope you will continue to not only not buy it, but will specifically not buy it because bigotry is not okay. To those of you who already knew about it and elected not to buy it on that basis, I thank you.

To counter its existence, I’d like to commend to your attention the Lethe Press anthology Time Well Bent, in which has a story in which Shakespeare isn’t queer, but his sister Judith is–and so is his friend Kit Marlowe. Hayden Thorne has Arabesque, a dark m/m adaptation of Snow White. And I’ve mentioned this one already, but it’s worth mentioning again in a post whose theme is “adaptations of classic stories”: i.e., Ash by Malinda Lo.

And now I’m going back on silent running, because I need to finish my edits. But while I’m gone, I invite y’all to share with me in the comments any queer-positive adaptations of classic stories, of any genre! 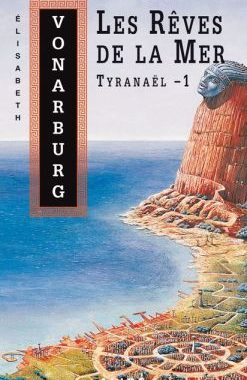