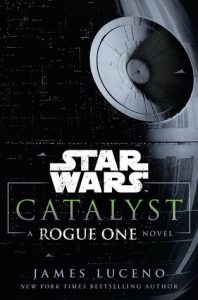 A bit delayed on this, but it’s taken a while to get enough titles queued up as acquisitions to actually make it worth doing a post! I’ve been focusing lately on reading the books I actually own versus buying a whole lot of new ones–and as a result, I’ve actually built up a sizable credit balance on Barnes and Noble’s website. Which is kinda funny, given that I’ve stopped using them as my major source of ebooks!

But ANYWAY, here’s some recent titles I’ve picked up.

Acquired in digital from B&N.com:

This’ll make five so far for the year.

gosh I have a lot of booksother people's booksstar wars
February 4, 2017 by Angela Korra'ti

Things I may eventually write in my copious free time