I gotta admit, I was dubious about the Supreme Court taking on the question of same-sex marriage. But as the news exploding around the Internet today has proclaimed, same-sex marriage is now the law of the land. All fifty states. 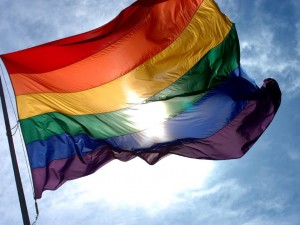 The BBC’s article I link to mentions cranky anti-gay-marriage advocates who assert that this ruling, quote, “ignores the voices of thousands of Americans”, unquote. To those folks I say: y’know what? If you don’t like same-sex marriage, don’t have one. But realize this: just because your particular flavor of religion says same-sex marriage is icky–or maybe it’s not even a question of religion for you? Maybe you just think same-sex marriage is icky in general–that doesn’t mean you get to dictate what other people do with their marriages. The Supreme Court now says so.

And just because they’ve issued a ruling that you don’t agree with doesn’t mean it’s “tyranny”, either. Nobody’s going to come and make you get married to a queer person. Nobody’s going to come and wreck your marriage now that people of the same gender can legally get married from coast to coast. (Though to be blunt, if your marriage is so shaky that it’s threatened by the prospect of complete strangers of the same gender getting married, you need to go get marital counseling. Seriously.) And nobody’s going to come and tell you you have to raise your children to believe that same-sex marriage is okay (although news flash: your kids are going to have brains and opinions of their own, and some of them are also going to be queer, and you’re going to need to learn how to cope if they wind up disagreeing with you too).

Look, I get it. I come out of a Southern Baptist background myself. In my adolescence I was twitchy about queer people. But y’know what happened once I got to college, and then moved out to the West Coast? I met some actual queer people. I saw that at the end of the day, they’re people just like anybody else, who want to live their lives in peace, go about their daily business, do their jobs, feed their pets, and in general just be people. That went a long way towards making me think that maybe I was wrong to be twitchy, and that’s even before I realized I am in fact bisexual.

Before I learned that love can have many faces and colors and shapes and sizes, and that it’s not fair or just to say that only one kind of love is ever true or proper.

Today, I feel like that for once, maybe, just maybe, people who love like me and my wife have had our right to exist validated. That it is, in fact, okay for us to love one another. 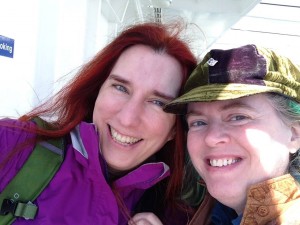