I’ve seen a lot of reaction in the news to the events in Charleston, and in particular to the growing outcry to take down the Confederate flag from various places–South Carolina and Alabama being the ones I immediately noticed. I’ve also seen reports that Amazon and Walmart are removing merchandise with the flag on it from sale, and I’ve even heard that merch involving the General Lee from The Dukes of Hazzard is taking the flag off the car’s hood.

But, this being the contentious issue that it is, of course there are people shaking canes and yelling about this. I saw one particular report going around Facebook of an individual loudly pontificating about how removal of the Confederate flag from public display is tantamount to “cultural genocide”.

For the record: speaking as a Southerner born and bred, cultural genocide my ass. I mean honestly. Have you met the South?

I am for the removal of this flag. There are a whole host of reasons to be proud of being from the South, and that flag ain’t one of ’em. I posted about this on the social networks yesterday about several of my favorites, and got a flood of responses from others as well.

Elvis freggin’ Presley. That man right there is singlehandedly responsible for most of my pride in being a Kentuckian, thanks to his “Blue Moon of Kentucky” and “Kentucky Rain”. And I’ve said it before, but I’ll say it again: he’s also responsible for the vast majority of my lifelong tastes in music. So damn straight I’m proud of that.

But it would be remiss of me to not mention the rest of the awesome musicians that hail from the South–white and black. Here’s a roundup of the names that came up in my Facebook thread! Johnny Cash. Loretta Lynn. Dolly Parton. The Oak Ridge Boys. Jerry Lee Lewis. Ray Charles. Aretha Franklin. Nat King Cole. Fats Domino. Charlie Daniels. The Big Bopper. Little Richard. Hank Williams. Buddy Holly. The Everly Brothers. Asleep at the Wheel. Austin City Limits.

There are many, many more I’m sure a lot of you out there could name, thanks to bluegrass and country music in general, not to mention rockabilly and the early days of rock and roll and zydeco (special shoutout for zydeco because hell yeah, Cajun and French \m/).

Also honorable and noble mention to the entire O Brother Where Art Thou? soundtrack. 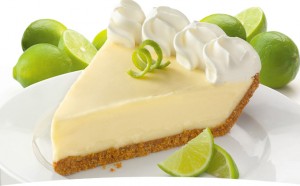 ‘Cause yeah basically, if it looks like food, the South deep fries the hell out of it.

There’s a lot of Southern literature. Being, well, me, I’m specifically interested in the science fiction. Cherie Priest and Alex Bledsoe come immediately to mind as awesome SF writers from the South whose works I have deeply enjoyed–Cherie Priest’s Eden Moore books in particular, and I’ve rhapsodized in depth about Bledsoe’s The Hum and the Shiver.

Shoutout to Rachel Caine as well, hailing from Texas! ‘Cause y’all should know I love me some Rachel Caine, too.

And my aunt Teresa brought up Fannie Flagg who wrote Fried Green Tomatoes! (See below re: frying things being a critical part of Southern cuisine!)

It was pointed out QUITE CORRECTLY that New Orleans has Mardi Gras. And while we’re on the topic, let us note that the Kentucky Derby was brought up repeatedly on my Facebook thread.

Also, while I historically have favored going to Worldcon, it is important to note that the South DOES have DragonCon–and a lot of other science fiction conventions as well. We DO represent in geekdom!

Y’all know I’m a language nerd. This includes Southern-isms! “Criminitly”. Describing large quantities of anything as “a big ol’ mess o’ <whatever>”. If you’re in a reasonably good state, being “fair to middlin'”. Just off the top of my head–there are, of course, countless more examples.

Dogwood trees. Thunderstorms (because I do miss good and proper Kentucky thunderstorms, though I do NOT miss Kentucky tornadoes). Fireflies–or, as we called ’em when I was a kid, lightning bugs. Pussy willows. The chirp of crickets.

All of this is just barely scratching the surface of the rich culture of the South–none of which will be threatened in the slightest if states stop flying the Confederate flag. If anything, hopefully it’ll help Southern culture take stock of itself and realize that it wouldn’t be what it is today without both white and black Southerners–because yeah, Rosa Parks and Martin Luther King, Jr.? SOUTHERNERS.

Go back and look at that list of names under Music further up the post, too. Lots of black artists there–and I wouldn’t be a truly conscientious Elvis fan if I didn’t acknowledge how he was influenced by the black artists who came before him.

Fellow white Southerners, I put to you that we should not be this guy: 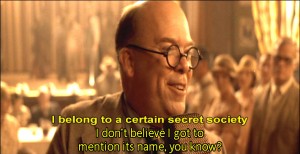 Pro Tip: NOT THE HERO OF THE MOVIE

Because let’s get this straight: racism has stained the honor of the South for long enough.

And pulling that flag down from being publicly displayed is a good first step to fixing that. Let’s keep it up.