As I’ve posted earlier today, it’s a VERY good day thanks to the Supreme Court’s decision about same-sex marriage. However, let it not be said that opposite-sex relationships don’t get celebrated in these parts either! Because today I bring you another contemporary romance from fellow Carina author Elizabeth Harmon, who wants you to know about her new release in her Red Hot Russians series. And her hero–Vlad the Bad! Who has a goal that may surprise you, given that he’s a stripper, and it’s certainly surprising people in the story! I gotta say, though: way to go Vlad! 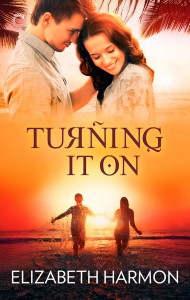 Looks can be deceiving, especially when you’re a contestant on TV’s sexiest reality show.

In Turning It On, (Red Hot Russians #2), my new Carina Press release, due out June 29, shy book editor Hannah Levinson tries to keep her fame-hungry fiancé from the clutches of a scheming dental hygienist, with the help of an unlikely ally, sexy Russian male stripper, Vlad the Bad.

When it’s impossible to tell what’s real and what’s an illusion, can Hannah trust that there’s more to Vlad than meets the eye?

Read on, as Vlad reveals himself to Boosting The Signal….

Ei, pretty lady. That’s right…you. Don’t be shy. I see how you look at me. That’s okay, I’m used to it. If I minded, wouldn’t be standing here without a shirt, wearing skin-tight jeans made to tear right off my body. I wouldn’t spend hours in gym, or on beach, so I could look this way. I’m not boasting, it’s just fact. When you make your living as I do, looking good is part of the job.

My name is Vladimir Shustov, but here in Miami, most people know me as Vlad the Bad. Maybe you’ve seen me dance at The Male Room. Nyet? Well, The Male Room is a strip club for women, if you haven’t guessed. I’m one of the top acts. Stella, my boss, says that’s because I know how to make every lady think I dance only for her.

Some women who come in may not have a man pay attention to them in real life, so when they are here, I like to make them feel good. They pay me very well, and for a guy who grew up with nothing, and came to this country with nothing, that is important. But is not the only reason I do it. It’s something I can give to another person, even for just a little while. May not mean much, but right now, is all I have.

Back in Russia, I was once an ice dancer. My partner and I even won some medals and we might have had a chance to compete at Winter Games, until we took a bad fall. She broke her hip and decided she didn’t want to skate any more. I didn’t know what I wanted to do, only that I needed to make a lot of money. Stripping was a way to do that.

But when you’re a stripper, people decide who you are without ever bothering to know you. People think I’m stupid, and that all I care about is getting laid. Or getting paid. And yes, most people assume I do one to get the other. I don’t. I won’t lie and say I have no regrets, but it is not who I am, nor is it all I want to be.

What I really want…is to be a writer.

I can tell you’re surprised. Most people are. And it’s true…because I trained as figure skater, my education was miss or hit, as Americans often say. Science I liked, but at math, I was no good. History? What about it? Living in Russia in 1990s and 2000s was like living in history as one nation died and a new one took over. Everyone for themselves…that was what my mother always said. With so many questions about future, who cared about past?

But reading I always loved, and did whenever I had a chance. My favorite stories were those set in worlds even darker and scarier than mine. Compared to robots, demons and flesh-eating aliens, what does it matter if your mother and her boyfriend are in deep with Russkaya Mafiya? Whenever I wasn’t skating, I was often at library, escaping from home, escaping from everything. Before long, I wasn’t content only to read, I began to write.

So far I’ve written one novel and started a second one, called The Flesh Zone. It’s coming of age story about hard working immigrant who comes to United States and is paid fortune to take off his clothes. Then monsters attack his city. I try to do what they say…write what you know. Except for the monsters.

Most people would say two books is good, especially since I’m only twenty-five. Why rush, they say.

Because I know I can only dance for so long, and after, my future doesn’t look so bright. You see, the longer you stay in this life…the life that is lived mostly in the dark…the harder it is to get out. Just ask my mother. She never got out at all.

More than anything, I don’t want to end up that way. Maybe what I really want isn’t simply to be a writer…it is to be someone good and honorable. I haven’t known many people like that, but there have been a few. Not in this life, but before, when I skated. My Uncle Ivan, for one.

What would mean the most is to live a life of which I’m not ashamed…and to be loved by a woman who isn’t ashamed of me. I know, sounds crazy, to think that way. But to me, dreams are like stories. They cost nothing and anybody can have one.

Even a guy called Vlad the Bad. 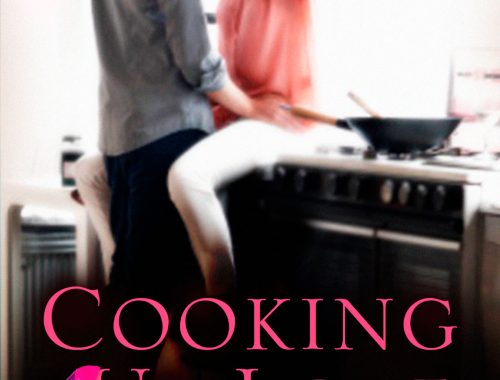 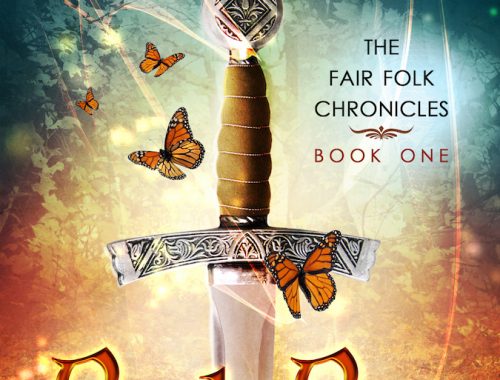