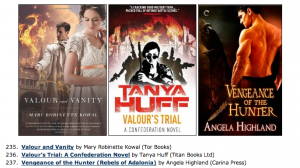 vengeance of the hunter
April 7, 2014 by Angela Korra'ti

WAY OVERDUE announcement of Vengeance of the Hunter winner!

How to gift my books