This is another one of those posts you don’t need to read if you don’t know me personally, but which I’m sharing on the off chance that it might be beneficial to other women who have to go through the same thing.

The general theme of this post is “surgically-induced menopause sucks” (punctuated, if you will, by Brian Blessed in Flash Gordon bellowing “WHAT A DAMN NUISANCE!”). Medical things about my girl parts behind the fold.

So yeah, no uterus + no ovaries = why HELLO THERE hot flashes.

I’m tellin’ ya, Internets, it is highly disconcerting to be quietly hanging out minding my own business, working on the computer, watching TV, whatever, when suddenly WHAM! My internal thermostat goes haywire, and I’m flushed and maybe even sweating. Like I just got off the treadmill or something. And I’m not sure what aggravates me more–getting hit with these, or how medical science apparently hasn’t figured out what the hell causes hot flashes. At least not according to my googlings, not so far. 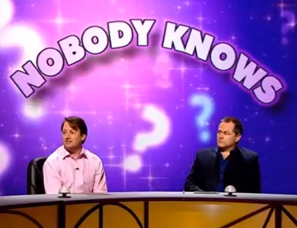 ‘Cause as anyone who’s followed my BFFN tag knows (which, you may recall, stands for Big Fat Fucking Nuisance, c.f. the aforementioned Brian Blessed), if my system’s going to throw me a medical annoyance, my best defense against it is to try to understand it and figure out how to handle the damn problem. Except in this case, there doesn’t seem to be One True Way of dealing with it. There are various and sundry things people can try that may or may not help, from what I was seeing browsing the forums on hystersisters.com.

HRT, Hormone Replacement Therapy, got vetoed by my oncologist on the grounds of “previous breast cancer”. So I’ve been poking around instead for what to do, given that hot flashes are indeed a damn nuisance when they wake me up in the middle of the night. Sleeping: I’m a fan. I don’t like mine interrupted.

And so far, the most popular alternate suggestions I’ve found on handling the problem include:

Of these, I am now doing a meld of #2 and #4. Had a word with my primary care doc about the problem and she recommended I try an OTC product called Estroven. This stuff has soy-based isoflavones (i.e., estrogens) in it, and the specific stuff I’m using, the “Nighttime” type, has valerian and melatonin in it as well. So far I’m still waking up at least once and sometimes twice a night, though I’m not quite as zonked in the morning as before. And, most importantly, I haven’t been smacked with hot flashes in the evening for the past few days.

So I’m going to keep at the Estroven at least for a while, and meanwhile, I see an uptick in tofu consumption in my future. And I’ve got a mammogram at Evergreen coming up in January, so I’ll be discussing this with my oncologist as well.

Any women reading this, feel free to share your strategies for dealing with hot flashes, if you want!

So much for going to OryCon