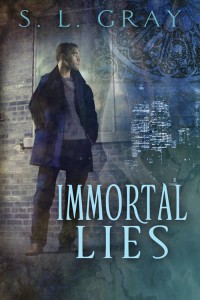 And now, for a quick post-Solstice roundup of stuff I’ve recently acquired for my electronic reading amusement!

Scarfed off of Project Gutenberg (yay! Project Gutenberg! Because free books are awesome!) because of this article about women doing horror writing in the 19th century, and I wanted to check out some of the titles they mentioned:

A Night on the Borders of the Black Forest, by Amelia Ann Blanford Edwards. Grabbed this one in no small part because of this woman being the model for the character of Amelia Peabody, who, as you know, is EXTREMELY relevant to my interests.

A Phantom Lover, by Vernon Lee.

And, grabbed off of Kobo (to whom I must give props for FINALLY implementing an actual shopping cart, because WOW it annoys me to have to buy a bunch of ebooks one at a time!):

Immortal Lies, by S.L. Gray. A.k.a. my Willowholt tribesmate , whose official site now lives right over here! This is her first urban fantasy and I look forward to reading it.

On a Red Station, Drifting, by Aliette de Bodard. SF. Grabbed this one due to Tor.com speaking well of it, and also because I want to expand my horizons a bit. The thought of some SF written with non-Western sensibilities appeals.

booksfree books are awesomegosh I have a lot of books
December 22, 2013 by Angela Korra'ti

Not sure how long since my last ebook roundup