As of this weekend I can say that I can reliably more or less play, without PDF assistance, five tunes: Banish Misfortune, Road to Lisdoonvarna, Swallow’s Tail Jig, Morrison’s Jig, and Si Bheag Si Mhor. I’ve spent some time on Shine specifically trying to play through Lisdoonvarna and Swallow’s Tail and Morrison’s, since Matt likes to link those up in a set at session.

But! I’ve also broken out my bouzouki for the first time in a while. For a variety of reasons!

For one thing, this gorgeous fellow over here is enough to make any amateur bouzouki player go YES I’d like to do that, please! 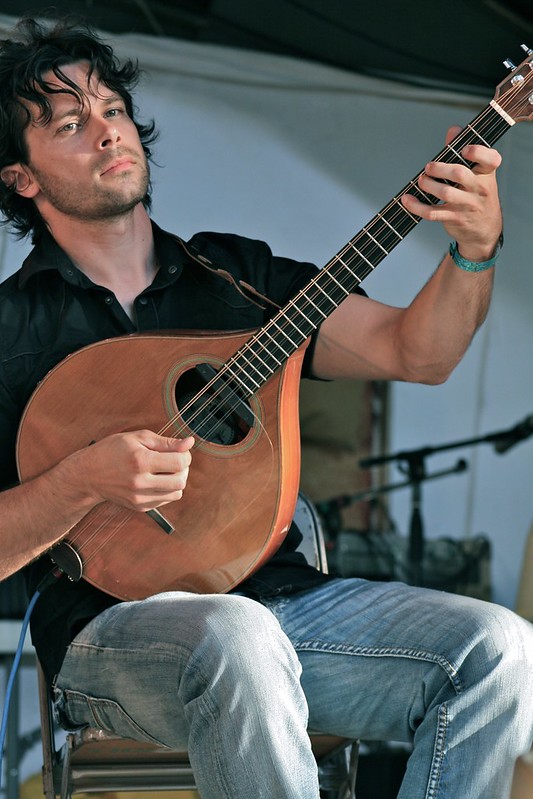 For another, and more importantly, I’ve wanted to actually learn proper fingerwork on the bouzouki and big mand for YEARS NOW, and Session is finally giving me motivation to do so. I look at the musicians who know what they’re actually doing at session, and note how they’re able to switch happily off between this instrument and that. I want to do that. I HAVE THE INSTRUMENTS. So I clearly need to practice these tunes on multiple ones. Because if I have the instruments, I should be PLAYING them.

My friend said something to me on Facebook as well which really resonated with me: i.e., how it seems to her that I have found “the heartbeat that nurtures your soul”. Irish/Celtic trad, especially the branch of it in Atlantic Canada and Quebec, is exactly that. It’s exactly the same reaction I had when I first saw Great Big Sea way back when and something in me said THAT! I WANT TO PLAY THAT!

It nurtures my soul indeed to be reminded of this. \0/

And this, by way, is my bouzouki! Her name is Spring. Say hi, Spring! So today, in addition to practicing the aforementioned five tunes on Shine, I got out Spring as well and staggered my way through Banish Misfortune. I’ve got a mandolin fakebook with a whole lot of tunes in it, and since Spring and my big mand Autumn are both tuned to GDAE, I can use the fakebook to slowly pluck out the tunes on them both. I’ve already used that fakebook once to try to learn Swallow’s Tail REEL on Spring–and now it’ll be wonderful to start finding more of the tunes we play in session, too. I’m not sure yet whether Spring or Autumn will wind up being my stringed instrument of choice in session, we’ll have to see–another person showed up last time with the same model mand that Autumn is (a Trinity College), so I think I’ll favor Spring for a while. Spring’s got more responsive strings anyway!