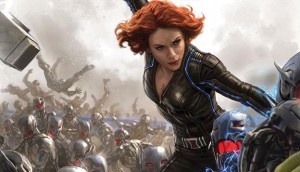 END_OF_DOCUMENT_TOKEN_TO_BE_REPLACED

Gracious, that was highly satisfying!

I’ve heard rumors that in Germany the trailers for this movie have been playing it up as a Black Widow movie that just happens to also include Captain America. I’m really rather okay with that, because goddamn, Black Widow laid down her awesome all over this plot. Which is not to say that the Cap and Nick Fury weren’t also awesome–because they were.

And I gotta admit, although I bailed on Agents of S.H.I.E.L.D. after episode 6, I’m intrigued enough by what this movie did to the overall universe that I’m thinking I’ll have to get caught up on the story. Five or six different people have already told me that GOD YES YOU NEED TO GET CAUGHT UP. So I’ll see what I can do about that.