This article that showed up on the OKP Facebook group this morning has a quote from Alan Doyle in it that makes it pretty much official now: Great Big Sea is done.

I’m not surprised by this. I’ve seen this coming since Séan McCann stood down from the band, and really, I had suspicions of it being on the way even before the 2013 XX tour. But part of me wishes it would have come a bit sooner, and I note we still haven’t had any sort of official announcement via the band newsletter, the band website, or anything of that nature. So people coming to the greatbigsea.com website still won’t have any actual idea that the band’s pretty much done.

But it is what it is, and I feel it’s important now to take a few moments to celebrate what this band has meant to me in the last fourteen years. They’ve brought me huge amounts of joy. They’ve led me to making lifelong friends, to learning brand new instruments, to discovering the dynamic energy of Newfoundland traditional music in general, and most of all, to looking forward to the yearly outing to a concert where I could bounce and sing at the top of my lungs. And sometimes more than one concert in a year.

They led me to founding the Three Good Measures jamming group, and I’m proud to this day of all the fun we had making those MP3s.

They made a guitar player out of me! And they are, of course, responsible for why my best guitar is named General Taylor. 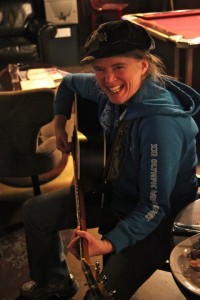 Me and the General

They led me and Dara and a bunch of our friends to have ridiculous amounts of fun participating in the fan song contest in 2010, when Safe Upon the Shore came out.

(Not to mention that we also had a bunch of fun making the blooper reel for these shenanigans, too!)

And of course, Alan Doyle does still hold the record for killing me MOST DED WITH SWOON in any given concert, thanks to our getting him to sing “Can’t Help Falling in Love”. Okay yeah sure, this was an Alan Solo show, but I include this because it’s all part and parcel of the joy these guys have brought to my life!

Which of course also leads me to add that I was also very, very grateful to finally get pics of myself with Alan AND with Séan. 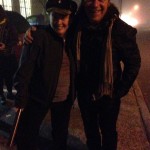 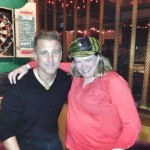 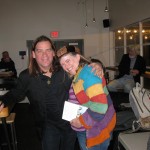 And last but most DEFINITELY not least, these boys are very specifically responsible for why Christopher in Faerie Blood and Bone Walker is a Newfoundlander and a bouzouki player. They are why the very first scene of Bone Walker is, in fact, at a Great Big Sea show, even though I don’t call them out by name. And they are why the third book of the Free Court of Seattle will be set partially in St. John’s, and why Dara and I had such an awesome time in 2012 going there for the Newfoundland and Labrador Folk Festival. Where, I might add, we saw them sing on their home soil, with the added special bonus of Darrell Power showing up to help them sing “Excursion Around the Bay”.

(And man, it was satisfying to see Alan’s doubletake on the stage when he came out and saw Dara and me there, faces he usually saw on the other side of the continent. ;D Particularly since this was only a few months after the Elvis incident!)

And in fact, they did “Excursion” TWICE.

It is part and parcel of life that all good things must eventually come to an end. But the music still lives on in my collection, and in my fingers. I will still come to both Alan’s and Séan’s shows when I can. And I know that whenever I pick up one of my guitars or flutes or whistles, when I start singing “Ordinary Day” on a walk to or from work just because I can, it’ll be because these guys kindled that within me.

Thanks b’ys. From the bottom of my heart. <3