Earlier this spring I featured fellow Carina authors Jenn Burke and Kelly Jensen, with their debut SF novel Chaos Station. Book 2 of that series, Lonely Shore, is now available from Carina, and so Jenn and Kelly return to follow up on the tale of Felix and Zander with a peek at another character–Zander’s brother, who is very motivated to track down his sibling and find out what’s happened to him! Check it out. 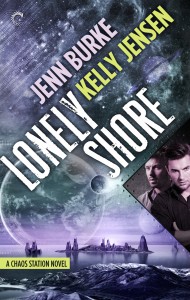 Brennan Anatolius signed the holographic invoice and with a few key swipes sent it back to his assistant for routing to the appropriate department before closing his wallet’s interface. Darkness settled around him like an old, worn blanket. The emulated sunset beyond his office’s windows had come and gone God knew how long ago—he’d noted it, in the vague way you’d notice the air circulators switching off on their usual cycle. Nothing to worry about.

Leaning back in his chair, he rubbed the bridge of his nose. He should go home. His wife, Roz, was waiting for him and she’d been damned patient these last few weeks. She knew how hard it had been to almost catch up to his youngest brother on Chloris Station, only to have Zander avoid him so completely it couldn’t be an accident. But what, really, had he expected?

After falling into the black hole of Allied Earth Forces covert ops, Zed had stopped carrying a wallet. Any messages sent to his official, AEF-sanctioned account had gone unanswered. Then there’d been the viral holo of Zed and his team saving a bunch of civilians against orders—followed closely by the end of the war. Brennan had been sure that Zed would contact his family then. But he hadn’t. Six months had crawled by without any contact—until Zed’s override code had been used on their family-controlled station, Chloris.

Brennan slouched into his chair, a posture he’d never allow himself during business hours. He had to be calm, in control, a CEO worthy of his father’s legacy. Part of him knew that worrying about Zed wasn’t helping his health—the doctor had suggested his recent bout of insomnia was due to stress. Brennan figured it just gave him extra time to track down his brother.

He pushed forward and pulled out his wallet again. All right. The last lead he’d gotten was about a week ago, when the Chaos had passed through the gate near Mars. He tried not to think about how close Zed had been to their family’s home station of Alpha—Anatolius Industries’ oldest and most luxurious station, in orbit around Earth. Brennan had already established that the Chaos hadn’t docked on Hemera Station at the Hub—the central location where all the galactic gates led—but it wouldn’t hurt to check again.

In the back of his mind, he knew his search was fruitless. The only reason he’d found a trace of Zed before was that Zed had been desperate to get aboard Chloris to help an old friend. His little brother had skills. If he wanted to stay hidden—and clearly he did—Brennan wasn’t going to find him.

Still, he had to try.

When his wallet chirped with an incoming call, Brennan almost let it go to mail. Until he saw the name accompanying it. He scrambled for his wallet, fingers shaking. 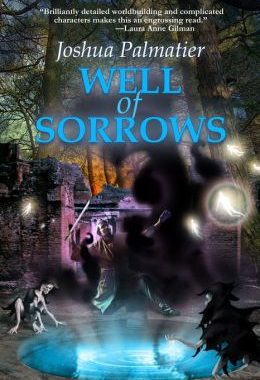