And now, a rebuttal to my own rebuttal

There’s a reason “Go to not to the elves for counsel, for they will say both no and yes” is one of my favorite Tolkien quotes. Funny story: somebody once asked my belovedest Dara, re: that quote, “Is that true?” Dara immediately unthinkingly replied, “Well, yes and no–” And then caught herself, facepalmed, and swore, “DAMMIT!”

Case in point, I’m about to give you a rebuttal to my own rebuttal, in which I just talked about why tech companies drop support for older software. That post was with my QA Engineer hat on. Now I’m going to talk about the same question, but this time with my user hat on!

Because yeah, boy howdy, it’s annoying when a tech company decides to stop supporting a thing you’ve been quite happily using for years. Or, when they decide that the way a program works has somehow stopped being okay, and they completely change it up on the next version and expect you to cope.

Example: you’ll notice I mentioned at the end of that last post that they’ll pry Mac Word 2008 out of my cold, dead fingers. Why? Because I loathe the ribbon on the newer versions of Office, and Mac Office 2008 was the last version that didn’t have the ribbon. I hate that thing because it’s visually cluttered. It’s confusing. And Word was already stupidly complicated even after they slapped the ribbon on there, and making everybody have to figure out all the various brand new ways they had to now do the same things.

Example: Google deciding to get rid of Google Reader. Y’all may remember I was QUITE displeased about that. That’s part and parcel of a bigger, broader push by the tech companies away from using RSS in general–I was annoyed, too, when Apple decided to drop RSS support from OS X. That cost me the ability to easily keep up with Livejournal and Dreamwidth, and specifically, friends-locked posts on those sites. But the tech giants at large appear to have decided RSS sucks, whereas down here on the ground where the users are, we’re all still going “BUT BUT BUT we’re USING THAT”.

Example: Every single goddamn time Facebook changes something, for no apparent reason. I find it PARTICULARLY annoying that my News feed on Facebook keeps reverting back to Top Stories, no matter how many times I click on Most Recent. But they’re bound and determined to make people use Top Stories, and I’ve heard rumblings Twitter wants to do something similar, too. No matter how many users go “NO, NO, NO GODDAMMIT, we don’t want that!”

Example: Web browsers deciding you don’t really need a menu. NO. Every single time I do a fresh install of Internet Explorer, y’know the first thing I do? TURN THE MENU BACK ON. Because honestly, I can spare the narrow bar of space at the top of the screen that a menu occupies, I REALLY CAN, honest. Having it there and visible at all times is way less annoying than having to remember to hit the Alt key every time I want to do something.

And don’t think you’re off the hook either, Chrome. I’m not amused with you stuffing all the menu commands over onto that tiny icon over on the right. There’s no web page I visit on a daily basis, either in my day job or in my personal browsing, that has so much vital screen space that I can’t spare any for a menu I can easily find on a regular basis. On a mobile device, sure, it’s justified to hide the menu where the screen real estate actually matters. But on a desktop monitor, really, HONEST, we have enough space.

Example: Windows 8 not being consistent in its treatment of the classical Windows interface versus the new one. There are REASONS Microsoft is moving back towards that classical interface for Windows 10. Reasons involving enough users yelling, “No, dammit, WE WERE USING THAT.”

But when push comes to shove, what can you as a user do about examples like this?

Best thing I can suggest is, tell the companies in question. Send in customer feedback and tell them what things don’t work for you and why–though as I pointed out in the previous post, remember, the people that make these products are just people doing jobs, and they’re not out to make your life deliberately difficult.

Another thing you can do is to participate in usability testing. This is when companies have open testing sessions for people to come in and play around with new things, and offer feedback on what the experience of using them is like. This is different from my job, which is quality assurance. I come at it from the standpoint of engineering and making sure the thing works. Usability testing comes at it from the standpoint of the end user.

Yesterday, for example, we had a usability testing session here at Big Fish, and one of my teammates went to observe the process. He told me this morning that he found it humbling. An engineering team knows a product backwards and forwards. But when we see people who aren’t engineers having trouble with our babies, it’s a valuable and necessary reality check.

If you’re an author, of course you want people to like your books. You want them to leave you good reviews and come away with a warm and fuzzy feeling of satisfaction and enjoyment. Same deal with software. An engineering team wants the users to have a good experience using the software they create. But that team needs to hear from the users what the actual experience is. 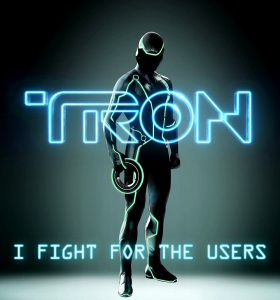 I Fight For the Users

And hey, you can tell the Internet, too. Because yeah, a good rant IS cathartic. For us techies, too!

geekerytechnology
May 20, 2015 by Angela Korra'ti