John Scalzi has a good post up addressing the question of whether self-publishing has rendered Yog’s Law obsolete. Good commentary in the comments about this, and the importance of distinguishing between oneself as “writer” and as “publisher” when one self-publishes.

I saw this come up in the last backer update that went out to all of us who supported the Long Hidden anthology: an issue of whether it’s an expression of privilege when you dismiss the use of dialect in fiction. There’s a Storify link of the Twitter discussion here, and Insatiable Book Sluts has a thoughtful post up about it here. A lot of food for thought at both of these links, for both readers and writers.

Sad to hear that Angry Robot is closing a couple of its imprints. Scalzi has cogent commentary on this here, and I know this impacts several authors whose works I’m interested in. Notably, .

For tumblr users, Dara’s started a couple of extra tumblr blogs in addition to her main one. One is called Oldphemera and is for pics of old oddities that she finds. The other is Seattle–July 20, 1971, where she’s posting scans of a bunch of old bits of newspaper she found being used as packing material. It’s a fun glimpse of Seattle from that year, as seen in the newspaper.

Next weekend I’m going to have the pleasure of attending a house concert starring Claude Méthé, Mario Loiselle, and Pascal Gemme. Pascal is of course one of the three members of Genticorum, one of the contenders in the pitched three-way fight for Anna’s Favorite Quebec Trad Band! He’s recently released an album with Mario, and meanwhile, M. Méthé is another excellent Quebecois fiddler. They’re all on the way to Fiddle Tunes, and they’re stopping in Seattle to do their house concert.

VERY excited for another chance to hear Pascal play! And also excited about hearing M. Méthé–I’ve got a couple of recordings that feature him, and this’ll be the first time I get to see him in person.

I will report on the concert in depth. Stand by for that to come!

And one more music-related thing, this time on filk! This is an excellent little academic study on filk, which is NOT a sequence of words I’d normally think of putting together. The study identifies the various kinds of filk, and explores how male vs. female filkers deal with using material by others, and whether there are any differences between genders. Fun reading. I was particularly interested that this story got picked up by io9!

Last but not least, off to go see How to Train Your Dragon 2 this afternoon. All signs indicate it’ll be stupendous great fun. Hoping I’ll stay awake during it, since I’ve been recovering from dental surgery for the whole past week and I have to take antibiotics and painkillers right now. But for Hiccup and Toothless, I’ll do my best to stay awake! 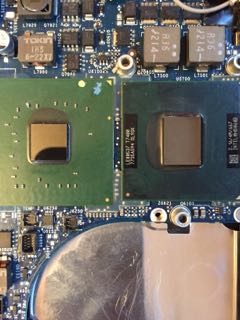