So yeah, we just got “The Angels Take Manhattan”, so here, have a spoiler thread if you feel like discussing it! (As well as the overall half-a-season in general, if you want.)

Spoilers, of course, behind the cut AND in the comments! Just to be safe, don’t even read the chapter titles!

Okay. After the teeth-gritting disappointment of the season opener, I actually was a lot more comfortable with the rest of the episodes we’ve gotten this year. Mostly. I’m still deeply annoyed by the season opener, and at this point a bit more so because of how the whole Amy/Rory fight was clearly a one-shot, one-episode thing that was never intended to last past that episode. So that really diminished the impact of it for me.

But that said, I liked the other episodes we got just fine. “Dinosaurs on a Spaceship” was big and stupid but fun nonetheless. I quite liked the notion of a Silurian ark with dinosaurs on it–that worked for me rather well, because of COURSE the Silurians would be trying to rescue the dinosaurs if they were attempting to flee the planet. Maybe they knew there was a comet on the way? 😉 I did find the episode over-crowded with throwaway characters, even though Nefertiti was quite badassed. I ADORED Rory’s father, and how they worked him into the action. Much of his onscreen time was beautifully comic.

“A Town Called Mercy” was a very effective story and was relievedly not nearly as cheesy as I was afraid it would be, with the whole idea of a Western-flavored Doctor Who episode. I very much liked the narrative framing, how the town banded together behind its alien doctor, and the working of alien tech into an Old West environment.

I REALLY liked “The Power of Three” as well. It was very cool to see a plot carried out over the course of an entire year, AND cool to see the Doctor trying to handle living with Amy and Rory while he investigated the cubes. Mad, MAD love for Kate Stewart and seeing her in charge of UNIT! / REALLY hoping we get to see more of her. More mad love for Rory’s dad in this story as well.

I very much appreciated the overall chemistry of the Doctor, Amy, and Rory here. If we’d had this Amy and Rory this whole time, I’d have cared a lot more about the characters leaving the show. But they’ve been erratically treated all throughout their tenure, so even as I appreciated the maturation of the characters here, it’d have been nicer to see that more consistently handled leading up to this point.

Lastly, “The Angels Take Manhattan”. By and large I did find this emotionally satisfying, even given my ambivalence about Amy and Rory; I didn’t cry huge buckets like I know some fans did, but hey, I DID tear up at the moments where we were expected to! On the other hand, I’m also cognizant of a lot of the objections fans have been raising about this episode.

I very much liked the baby angels. Brr. Creepy. Nice variation on the theme, though it raises amusing questions about how, exactly, the angels breed!

I had trouble, though, buying that the Statue of Liberty could be an effective weeping angel. Not because of the whole ‘NOT AN ANGEL, HELLO, NO WINGS’ problem, or the whole ‘hello, made of hollow copper, yo!’ problem. I didn’t even have a problem with the theory that Lady Liberty could be controlled by the angels even if not actually a real angel herself–was it pointed out in the episode that the angels had pretty much taken control even of all the natural statues in the city? If they were able to do that, I don’t have a problem with them managing to control even a statue that big.

But if they had done, it should have been a MUCH bigger deal. There’s the question, raised many times, of whether that’d be even possible given the number of eyes in New York; it’d be hugely unlikely that the statue would remain unobserved long enough to get very far AT ALL.

I, like many others, also had logistical issues with the idea that just because Amy and Rory were thrown back in time by the angels, how does this automatically therefore mean ‘and they’re stuck in that time for the rest of their natural lives’? Even if the Doctor couldn’t land in New York proper, that didn’t mean he couldn’t just drop the TARDIS in Jersey or Massachusetts or whatever, and come in via traditional transport to get them!

And yeah….. didn’t buy so much that Amy and Rory were ten years older. If they could age Amy up for “The Girl Who Waited”, surely they could have done subtler work to show less aging than that.

But even given all that, I did find sufficient emotional satisfaction in how the Doctor handled losing them, AND how Amy and Rory jumped together off the building to break the paradox. Can’t really say I’m going to miss the characters greatly, but I’ll be interested to see what’s coming next. 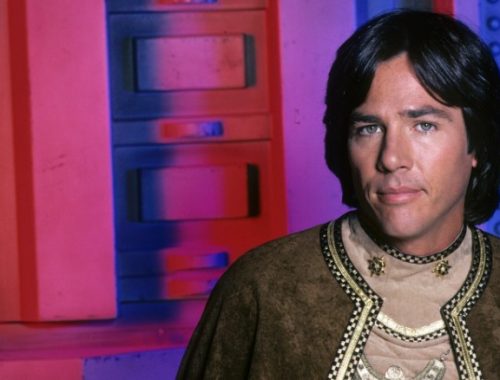