YOU GUYS! YOU GUYS! We have the first test copy of the Second Edition of Faerie Blood, and OMG, it looks beautiful. Dara and I are slightly dubious about the loss of some of the background color–but other than that, the layout is amazing, Kendis pops right off the cover, and there’s a bar code and ISBN and retail price and everything and HOLY CRAP it looks like a real book. 😀 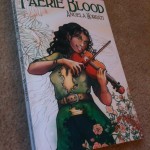 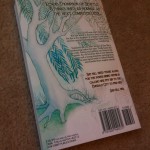 Paul says he really likes the cover even if we’ve lost quite a bit of the background golden hue. Dara’s going to have a conversation with our guy at Third Place about this, and see whether it’s fixable. If it’s not, though, honestly, I will be very happy with this as the shipping version. Stand by for further updates! Hopefully we’ll have a full print run ready to begin shipping out to Kickstarter backers this weekend!