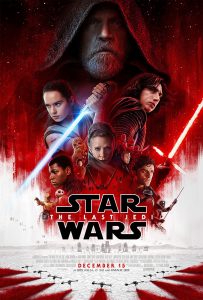 This is the second of two review/reaction posts for Star Wars: The Last Jedi. If you haven’t seen the movie yet, you might want to go look at my non-spoiler post first, and come back to this one later. Because this is the one that has all the spoilers!

Overall, I’ll note in summary what I said in the other post rather than going into general commentary again here. Namely: the movie’s long but didn’t feel overly long to me. Several characters stood out for me with shining performances. And this was very much a “middle movie of a trilogy”, with considerable darkness of plot and galaxy-spanning stakes and ramifications. If you’re going to see this in a theater, be prepped for length.

Now then, let’s get into the SPOILERS.

END_OF_DOCUMENT_TOKEN_TO_BE_REPLACED 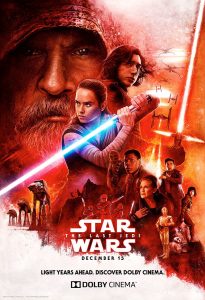