That sure was… a Hugo ballot, I guess

So yeah, if you pay any attention to SF/Fdom at all, you probably already know that the Hugo finalists for this year were announced yesterday. And, surprising no one, the Rabid Puppies have managed to hijack a lot of the ballot again this year.

Dara has a post up over here calling out the percentages of Rabid infections on the various categories. File770 had put up a post with the actual Rabid slate, but their site went down and as of when we last checked, they’re in the process of moving to a new server. Meanwhile, John Scalzi has commentary, and so does Jim Hines.

Me, I’m not even outraged. Disgusted, yes. Outraged, not so much. I like Scalzi’s comparing it to having to clean up after a toddler after a temper tantrum. You still do actually have to clean up after the toddler, but it does neither of you any good if you get angry.

Mostly, I’m just tired of the fighting and the drama, and of SF/F turning into a microcosm of the culture wars rampaging across the rest of the country. I’m tired of people who are theoretically adults throwing these tantrums. I’m tired of the attitude of “it’s not REAL SF/F if it’s not about people who are exactly like me”. I’m tired of people who are theoretically fans of a genre that can contain dragons, elves, aliens, spaceships, robots, and a thousand other fantastical things being unable to see room in it for women, queer people, people of color, and people who don’t speak English. I’m tired of the sneering about how if it’s written by a woman, it clearly can’t be SF/F, it must be a romance novel, whether or not there’s an actual romance in it. (And I’m also 8,000 percent done with the sneering at romance novels in general, but that’s a whole separate rant.)

I don’t think I’ll be going to this year’s Worldcon, though Dara might, for the express purpose of showing up for the business meeting and doing her part to help the passage of E Pluribus Hugo. I am not up for flying all the way to Kansas City, mostly because I seriously loathe air travel these days and I’m not going to inflict a flight on myself unless there’s something stupendously awesome on the other end–like another visit to Newfoundland or Quebec. And I’ve been trying to focus my convention energy on cons I can a) get to by car, and b) actually sell books at. This year’s Worldcon does not fall into either of these categories.

But if you’re going? I urge you to show up for that business meeting, and do your part to make sure next year’s Hugos are saner.

If you’re not going, I urge you to vote wisely on the ballot. Go look at Dara’s post for her recommended strategy.

And in general, I encourage everybody to celebrate the awesome things the genre is capable of. There is goodness on this year’s ballot. Binti is a beautiful novella, and I was pleased to see it show up as a finalist. Mad Max: Fury Road and The Martian are both very worthy contenders for Dramatic Presentation, Long Form. And I was very pleased to see the Doctor Who episode show up on Dramatic Presentation, Short Form, just because that’s some of the best damn storytelling I’ve seen out of Doctor Who in a while.

We can do great things, SF/Fdom. Let’s do them all together. 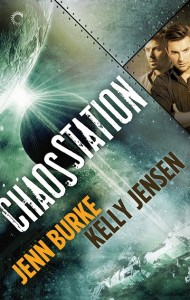