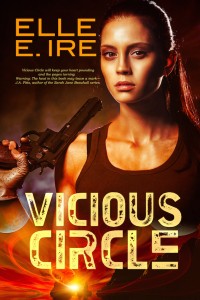 A lot of QUILTBAG SF/F fans in my general age bracket will most likely point at Mercedes Lackey and her Vanyel trilogy as the first piece of fiction they ever saw that not only had queer characters in it, but had a male couple front and center as the primary characters. Me, I’ve written before about how Elfquest was a lot more of a turning point for me. But I can also add that Tanya Huff’s work was seminal as well, because she was the first author I can actively remember reading who not only included non-standard sexualities in her cast, but did it in such a way as to have it not be a big deal at all. They were just there, just like the straight people, participating in and contributing to the plot. Their sexuality was not a source of angst or an Issue of the Week. And I loved that.

It was, in fact, a lot like what I was beginning to learn that real people were like: i.e., that they included gay people, and lesbian people, and in general people whose sexualities didn’t necessarily match up with mine. Yet they were all people, just trying to live their lives in peace, just like me.

I mention this because of seeing Seanan McGuire put up a couple of posts addressing questions of sexuality of characters. She answers the question of why exactly is Dr. Kellis in the Newsflesh books gay (answer: he’s gay because he’s gay), and then puts forth a great answer to someone who saw fit to criticize her anonymously for having a pretty notable number of non-standard sexualities in her work (read, as near as I can tell: any at all).

I applaud Seanan wildly for both of these posts, because she is absolutely right: representation matters. And QUILTBAG characters should not have to have their sexualities (or lack thereof! Because some people have no sexuality at all!) justified by “a bearing on the story” or an Issue of the Week plot or whatever.

For the record: I write queer people right alongside my straight people. You’re going to especially find them in Faerie Blood and the forthcoming rest of the Free Court of Seattle trilogy. Because hi yeah, I’m queer, and I know a lot of other people who are queer, and spoiler alert: we like to see ourselves in SF/F novels too. Just like you. If this bothers you, then I suggest you look elsewhere for your reading.

But if instead it’s something that’d make you happy, hey, I hope you’ll consider reading me.

And you should definitely consider reading Seanan if you’re not already. Because she’s made of 100 percent pure organic awesome.