My belovedest Dara and I have done the trip up to Vancouver quite a few times at this point–but still, it’s a bit rough getting up at stupid-o’clock in the morning in time to get on an early bus, go all the way down to King Street Station, and get on a train to go all the way up to Vancouver. There was quite a bit of yawning involved.

But then, with Festival du Bois waiting on the other end, I was quite willing to spend my Saturday morning snoozing on a train!

As always, our friends Geri and Rob kindly put us up for the weekend at their place. This time around, we brought Rob a bottle of Scotch by way of a “thank you for letting us snooze here!” gift. (That, and I’m sure their dog was happy to have two extra pairs of hands to throw the ball down the stairs.) And, this time around, Geri elected to come to the festival shenanigans with us on Saturday!

My only regret? Realizing only after we were on our way north that I’d totally forgotten to bring Jean-Claude. AUGH. For the best, though, since the weather was wet and cold and let me tell you, Internets, there’s nothing quite as pungent as the smell of wet mammoth.

(Full deets and pics behind the fold!)

END_OF_DOCUMENT_TOKEN_TO_BE_REPLACED

Quite excited to give these authors a shot at getting the word out about their work, and I hope y’all will consider giving them a look.

Michael F. Stewart is a fellow former Drollerie author, and he’s got a Kickstarter! He’s writing YA, with zombies. And as y’all know, zombies ARE relevant to my interests!

If they’re relevant to yours, go give him a look and maybe a pledge, mmkay? Do it for Canadian indie science fiction! Do it for Michael! Do it for ZOMBIES.

My pal Dejah Leger, about whom I have enthused on this blog more than once, performs with her family under the name La Famille Leger! And they’ve just dropped a brand new shiny album! It’s called L’étoile du nord, and it’s chock full of tasty Acadian music. If you have any interest in French-Canadian trad, you should totally check this out. This is La Famille Leger’s first professionally engineered album, and I’ve listened to it now streaming off of Bandcamp, and whoa and damn it sounds good. I particularly commend to your attention tracks 8 and 12–especially track 12, which contains a tune I’m learning how to play since we’re doing it in session! Come for Dejah’s lovely singing and the wry vocals by her beau-père Louis, as well! Stay for the cracklin’ foot-stompin’ tunes!

The album lives right over here on Bandcamp. And if you can see the embedded player in this post, you can just click right on it! Check it out! And if you like what you hear, give it a buy, won’t you? All that’s stopping me from buying this RIGHT NOW is that I’m buying a physical CD directly from the Legers. But the rest of you out there in Internetland, throw ’em some dollars through Bandcamp and tell ’em I sent you!

And speaking of awesome French-Canadian music, Dara and I are about to scamper up to Canada for round one of our March musical shenanigans! We’re hitting Festival du Bois, the Francophone music festival in B.C., at which quite a few of my favorite musicians will be performing! Not only the aforementioned La Famille Leger, but also the Yves Lambert trio! Real excited about seeing Monsieur Lambert, since he’s the singer whose lead vocals on La Bottine Souriante way back in 2000 got me hooked on Quebec music in the first place.

And! AND! There will also be Vishtèn! Y’all may recall that Dara and I got to see them in Newfoundland in 2012, and they were awesome, and I am very much looking forward to seeing them again!

Last but most assuredly not least, my boys of De Temps Antan, about whom I have failed to be able to shut up, almost as much as I’ve failed to stop gushing over Le Vent du Nord. ;D

Forecast for this weekend is perfectly ridiculous amounts of fun, and I’ll be roping several friends into attending the shenanigans with us! Best of all Dara and I get to meet up with and for the De Temps Antan show at St. James Hall–two years and a day after the delightful Le Vent du Nord show at the same venue! Which means that Sunday night will be our second anniversary of getting Canada-married, which means we’ll have not only badass music to enjoy, but an anniversary to celebrate as well! SO AWESOME. \0/ 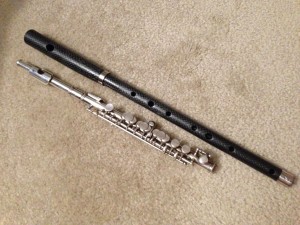