This year at Norwescon was a totally new experience for me, since I spent the vast majority of the convention attempting to sell stuff!

I got in a bit of a trial run with that last year, working with Brad and a couple other folks in NIWA to run our table then. This year I did that again, only this time I turned out to be one of the primary people working the table–because Lee French and I were the two at the table with actual Squares, so we were the ones ringing up transactions. Jake Elliot, Connie Johnson-Jasperson, and Madison Keller were also helping work the table, and we got in a pretty good groove going, engaging with folks. Luna Lindsey popped by periodically, but she was also on a lot of panels, so she was only able to check in every so often.

Here are a bunch of things I learned from that:

END_OF_DOCUMENT_TOKEN_TO_BE_REPLACED 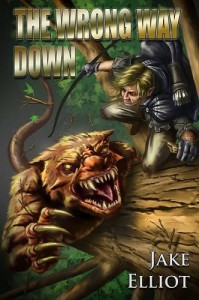