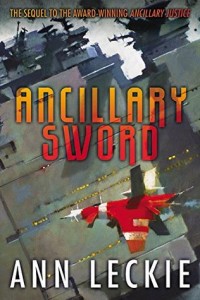 The Goblin Emperor by Katherine Addison

If I were to be called upon to provide a single phrase that sums up my reaction to The Goblin Emperor, that would be “a refreshing change of pace”.

There are a host of things I like about this book that fall into that general area. Namely:

At the same time, I hold back slightly from committing to a full five stars. While the language nerd in me really appreciates the effort Addison went to here, I also found the archaic-sounding dialogue a slight hindrance to my ability to immerse myself in the plot. This was not only because of the pronoun usage–all the nobility spoke of themselves in plural form, not just Maia–but also because just about all of the names were polysyllabic tongue-twisters. If you’ve read Tolkien at all, and specifically The Silmarillion, these names may well remind you of the sorts of names Tolkien gave to the ruling dynasty of Numenor, which blurred together after a while–even for me, a devoted Tolkien geek. The Goblin Emperor gives me the same problem.

Similarly, I was a little startled to discover that the vast majority of the action in the book is episodic, one incident after another along the general theme of “Maia has to deal with the next challenge dropped on him now that he’s emperor”. There’s an arc involving investigating what happened to his father and brothers–the act of sabotage that kills them and puts Maia on the throne to begin with–but that’s given surprisingly little emphasis. The story is way more character-driven than it is plot-driven, and while that’s not necessarily a bad thing, it left me feeling like the book should have had more weight to it than it did.

And yet. I’m asking myself if I feel this book’s worthy of a Hugo, and specifically, asking myself whether a Hugo-worthy novel really requires a strong plot arc. Or, is it award-worthy all by itself to have a story that revels in language, and whose protagonist simply just has to figure out how to rule his people to the best of his ability, and to do it wisely and well? Because while Addison doesn’t really shatter any tropes here, she does rather elegantly evade them. And at the end of the day, I really did enjoy this book. Which is what’s important.

Didn’t hurt either that I kept imagining Maia as played by Elijah Wood, either. Four stars.