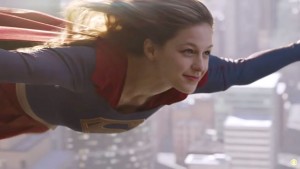 It is articles like this one that remind me why the majority of my SF/F reading is books written by women: i.e., because that will give me a much stronger chance of a story in which there are in fact multiple female characters.

Because the author of this article (herself an author) has it exactly right: lack of female characters in a story is always a choice. There are occasionally times when it’s the correct choice–I’ll cite Master and Commander here as an exclusively male story, and given that the movie’s set almost entirely at sea and that the protagonists are all members of the crew of a British naval ship, it’s contextually reasonable to expect a lack of women in the plot.

By contrast, I’ll also cite Voyage to the Bottom of the Sea, which as you all know is a thing that’s near and dear to my heart. Yet even on Voyage, set predominantly on board a submarine that used to be part of the Navy and with an all-male crew, they managed to have quite a few episodes featuring notable female guest characters. Sometimes they were scientists. Sometimes they were women working with Admiral Nelson’s organization in support capacities for whenever they went on land. Sometimes they were spies. Sometimes they were civilians caught up in the intrigue of the plot du jour. In general, the writers of the show did manage to find ways to work women into the stories, and in many cases, the episodes where they did so are my favorites.

Rhiannon Thomas calls out Tolkien as well, again something that’s near and dear to my heart. As I’ve written before, Tolkien’s female characters are pretty thin on the ground, with only a few notable exceptions.

Because yes: it’s a conscious choice on the part of a writer as to how many women you’re going to include in the story. In the case of epic/high fantasy, it can be done. I’ve got multiple women in positions of power (magical, political, religious, and social) all over the Rebels of Adalonia books. Likewise with Faerie Blood and the forthcoming Bone Walker. It all depends on what kind of story the writer chooses to tell.

And certainly, speaking as a consumer of content as well as a producer, stories that take the time to include women are the stories I’m going to want to watch and read.

There’ve been a new round of links on the question of Fake Geek Girls and general sexism in SF/F and online that I’d like to bring to your all’s attention.

First up, Dara has put up this post describing a couple of experiences she’s had online this week, experiences which spell out that there is a non-zero chance that when they try to call out issues of sexism, women will get pushback and be accused of being misandrist. Even if they’re being polite.

And for those of you who read me who don’t already follow Seanan McGuire, she’s got a couple pertinent posts up as well. One is about things she witnessed at SDCC this year, including an Emma Frost cosplayer telling male con attendees they couldn’t take her picture if they couldn’t identify her costume–and more than once, finding that they couldn’t. Some of the attendees respected her wishes and backed off. Others did not.

Seanan’s followup post here reiterates why it has become exhausting for the female portion of SF/F fandom to have to recite their laundry lists of “yes, dammit, I’m a geek, I like X, Y, and Z” credentials.

Katharine Eliska Kimbriel has something to say on the matter, too. She’s yet another woman who’s written SF/F and who’s gotten shit for it because she’s a woman. She’s also got no time for the bullshit of defending her geek credentials, because she can play that game, but honestly, she has better things to do.

And to all of this, I’ll add: all of us have better things to do. So why are we continuing to have this argument?

Look, guys? I like you. I want to geek out with you over all these awesome things we have available to us to enjoy in our genre. I love a lot of the words, art, and music you’ve helped create. But I’m saddened, wearied, and angered that we still live in a world where Seanan McGuire can get dismissed because girls couldn’t possibly write a zombie story–which is bullshit of the highest order, because I’ve read the Newsflesh series. Seanan slings her virology like a goddamn boss, and yet because she’s a woman, it doesn’t matter. Because GIRL COOTIES.

If you want to stop getting called out on sexist behavior, stop doing sexist things.

Listening to us when we give you data would be a real nice start.