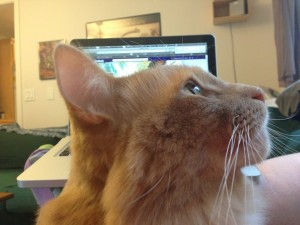 There’s only one thing really that could have kept me from writing this up in a timely fashion–and that’s the simple fact that I’ve been working all weekend with on our entry for the Great Big Karaoke Contest! But I assure you, I’m still in a warm and fuzzy afterglow from Thursday’s awesome show.

This time around we didn’t get quite as much long, protracted banter as we did the last time the B’ys played the zoo–but we did get quite a bit of delicious Murray-focused banter, as well as sly remarks about how the sun beating down on the stage clearly meant the lads were going to have to start taking off some clothes. Compare and contrast this to how Lillian and Moira, ages 4 and 3, loudly demanded for me to take them up front to the dancing area and got me going around in circles with them singing “Donkey Riding” at the top of our lungs. That’s a Great Big Sea show for you, folks. Vast, and containing multitudes!

END_OF_DOCUMENT_TOKEN_TO_BE_REPLACED