Yesterday was particularly productive on the Nanowrimo front, since I didn’t have to go anywhere, and what usual weekend chores had to be done (laundry, bill paying, updating the checkbook) didn’t really interfere with the serious business of getting words out of my brain.

So I put a real big dent in Chapter 4, and finally pulled off what I’ve been looking very, very forward to writing in this plot: having Kendis and Christopher show up in St. John’s. I have also now brought on camera two more characters very important to this plot: Caitlin Hallett, Christopher’s cousin, who is also the daughter of his uncle Thomas who’s the current Warder of St. John’s; and Gabien Desroches, Warder-born from Quebec, where the Warders are called les Gardiens. I’ve already written a little bit about Caitlin in the novella I have on the back burner right now–the novella in which she’ll meet Gabien for the first time–but this story’s really going to be where these two step up to the plate.

Interesting items of research for yesterday’s efforts: a LOT of peering at Google Maps’ Street View pics for a particular area right near Signal Hill, and any Newfoundland-based readers who follow this blog will know what I mean when I say ‘Johnson Geo Centre’. Some peering through the Dictionary of Newfoundland and Labrador, looking for an appropriate word Caitlin could use to affectionally refer to Christopher. And considerable browsing of the Snow Clearing section of the official St. John’s website, trying to get an idea of what exactly it’s like in downtown St. John’s when the place gets hit by snow.

Related to that last, I also had a highly interesting chat with friend and reader on Facebook. She informs me that on a practical day-to-day basis, there’s considerable distance between city policy on snow clearing and what actually happens. Critical to know. Thanks, Lethendy!

(Also: any other Newfoundland-based friends and readers, I will be putting out a call for Newfoundland-based beta readers once this draft is done. I will need you to reality-check my depiction of the city, as well as dialogue for Caitlin and Thomas. Christopher is less of a priority since he’s already an established character, and he’s been away from home for years, so his speech patterns have become rather more Americanized. But it’s highly likely he’ll jump right back into more Newfoundland-based dialogue for the brief time he’s going to have a chance to do so. WHEE!)

Fifteen thousand words reached in the draft! FORTH EORLINGAS! \0/ 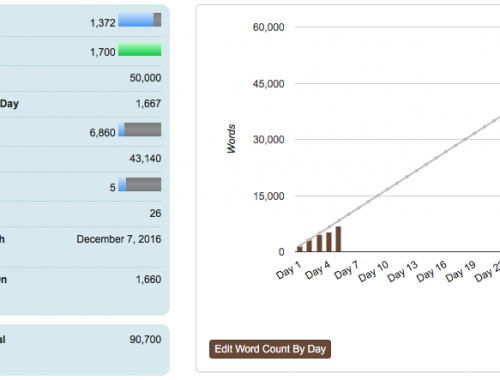