LotR Reread: The Fellowship of the Ring: Prologue: Concerning Hobbits

So I’ve started re-reading The Lord of the Rings. I’m not going to do a multi-lingual read of it, not quite yet–mostly because I’m still doing Harry Potter and I’m not going to do two multi-lingual rereads at once. But I think I will document thoughts as I have them. Mostly because I always did love the LoTR reread posts on Tor.com, and because as y’all know, I am a massive Tolkien geek. And my thoughts on Tolkien, they are plentiful!

And I’ve got quite a few thoughts right out of the gate, already. For purposes of this read, I’m using a single-volume ebook edition–basically, the ebook release of the single-volume print edition I have. Because that thing is a great big honking brick of a book, far too large for me to comfortably carry on my regular work commutes. It’s therefore much more amenable to me to do this read-through in electronic form.

Also notably, for anyone who might be considering grabbing digital versions of the trilogy: buying the single-volume ebook edition is significantly cheaper than buying the three individual ebooks. On Kobo’s site, that amounted to paying sixteen bucks for the single omnibus edition, vs. paying twelve each for Fellowship, Two Towers, and Return of the King. I normally don’t care for omnibus ebooks, and would in fact prefer to have the individual books as separate files. But in this case, the price difference was significant enough that it actually mattered.

And now, into the prologue itself. Right out of the gate, my first thought is: wow, modern authors would have this prologue totally shot down by their editors. I say this as an author who in fact had the original prologue for what later became Valor of the Healer shot down (and which interested parties can read here)–a prologue which in fact was a pretty decent amount of action, as opposed to what Tolkien gives us here. I.e., a ginormous infodump of the history of the hobbits, and a recap of how Bilbo got the Ring.

If you’re the sort of reader who expects instant action in the very first paragraph, you won’t like this prologue. But for me, as a lifelong Tolkien geek, it starts setting the stage by introducing us to the hobbits and stressing the importance of the Ring.

Modern writers would, I feel, be encouraged to work this data into the actual flow of the action, seamlessly. There’s a strong argument to be made for that, since certainly, modern tastes slant away from hitting your readers in the face with an infodump first thing. Which is in fact the important point here. There’s a difference between hitting your readers in the face with your infodump, and presenting it to them in such a way that it feels like a natural way to set the stage. For me, Tolkien pulls this off. It’d take a writer in solid command of his or her craft to do something similar in today’s publishing environment, and achieving that level of mastery is not easy. So I can’t exactly fault modern editors from encouraging their writers to not do this.

All that said, there’s such a wealth of detail here that as long as you know what to expect, it’s still delightful. I’d forgotten the description of the original three strains of Hobbits, and how they migrated into what eventually became the Shire. I’d also forgotten that they were in fact the inventors of smoking pipeweed, and that Merry’s on record as documenting a lot of that.

But what really just made me LOL as I re-read this prologue is this description of the discrepancy between the original release of The Hobbit, and later editions that Tolkien retconned to tie in better to The Lord of the Rings:

Now it is a curious fact that this is not the story as Bilbo first told it to his companions. […] This account Bilbo set down in his memoirs, and he seems never to have altered it himself, not even after the Council of Elrond. Evidently it still appeared in the original Red Book, as it did in several of the copies and abstracts. But many copies contain the true account (as an alternative), derived no doubt from notes by Frodo or Samwise, both of whom learned the truth, though they seem to have been unwilling to delete anything actually written by the old hobbit himself.

That, right there, is Tolkien himself handing Peter Jackson, on a silver platter, an in-universe excuse for why the Hobbit movies tell so much more than what the actual book does. Dara and I had decided ages ago that the book was very clearly Bilbo’s version of the story, and that the movies were aiming more for “what actually happened”. But I’d honestly forgotten that Tolkien himself laid this down in his own words.

It’s also highly interesting to me that this prologue calls out how Gandalf was having none of Bilbo’s bullshit in this regard:

Gandalf, however, disbelieved Bilbo’s first story, as soon as he heard it, and he continued to be very curious about the ring. Eventually he got the true tale out of Bilbo after much questioning, which for a while strained their friendship; but the wizard seemed to think the truth important.

Speaking as someone who has just re-watched the end of The Battle of the Five Armies, I think it’s very clear that we see Gandalf not buying Bilbo’s bullshit right there on camera.

If I were to change anything at all about this Prologue, it would be to move the final section, “Note on the Shire Records”, somewhere earlier. The final sentence of the “Of the Finding of the Ring” section is this: “At this point this History begins.”

Which would have been an awesome segue right into Chapter 1. And I think I’ll let that be the segue to my next post!

the fellowship of the ringthe lord of the ringstolkien
July 27, 2015 by Angela Korra'ti 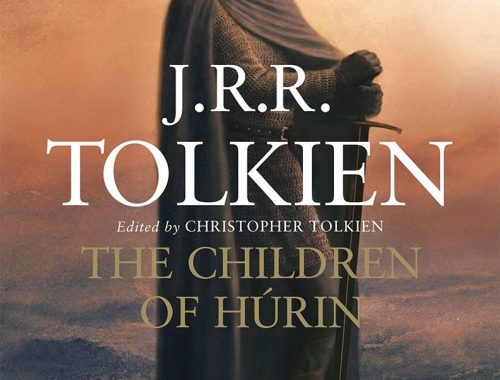 LotR Reread: The Fellowship of the Ring: Chapter 5: A Conspiracy Unmasked

LotR Reread: The Fellowship of the Ring: Chapter 4: A Short Cut to Mushrooms