So the Star Wars movies have been released in digital

… and I find before me a dilemma: do I want to commit to buying new copies?

For the longest time, the only copies of the original Star Wars movies we’ve had in the household have been the laserdisc release copies we have. Original trilogy–we do not own copies of Episodes 1, 2, and 3, because Reasons. So for purposes of this post, you may assume that by “Star Wars movies”, I actually mean A New Hope, The Empire Strikes Back, and Return of the Jedi.

I have to admit, it would be cool to have versions of A New Hope and Empire that I could watch with a French language track. These are, after all, movies I know backwards and forwards, and it would be helpful to practice my listening skills to have versions that could deliver me dialogue in French.

BUT. Googling tonight to confirm whether these new digital releases were the Special Edition versions (all signs point to ‘yes’), I found something else that concerns me deeply.

Namely, they’ve taken the 20th Century Fox fanfare out of the beginning of the movie.

And that? THAT’S JUST WRONG.

The Verge reports on how John Williams wrote the Main Title theme in the exact same key as the 20th Century Fox Fanfare–but what they don’t say is the story Dara has shared with me tonight, of how they in fact re-performed the Fanfare. So the version you hear in Empire? The reason it sounds so seamless is not only because it’s the same key–it’s also the same musicians, in the same space, with the same gear.

I have in fact just re-listened to the soundtracks of all three movies, since they popped off my Not Recently Played playlist lately. And while I’ve had my share of beefs with the history of the movies during my adulthood, I have but to listen to that opening fanfare, leading right into the grand main title and the bright ringing of the trumpets, and part of me goes right back to being eight years old.

I grant you that people younger than me, who didn’t imprint on Star Wars at a very early age and upon the soundtracks as well, may not have fucks to give about this. But John Williams gave me the three pivotal soundtracks of my childhood–Raiders of the Lost Ark, Superman: The Movie, and Star Wars.

I’m almost as cranky about this as I am about Han not shooting first. I’m still MORE cranky about Han, mind you–as y’all know, I played Han for two and a half years on Star Wars MUSH, for fuck’s sake. I love me some Solo. I am well and thoroughly of the opinion that making him not shoot first entirely wrecks his character arc, because it means way, way less that he’s heroic later if he doesn’t start from the place of being a badass rogue who’s been forced to learn to shoot first and ask questions later.

But I’m also a musician. I’m the flute player who daydreamed about being in an orchestra just so I could play things like the theme from Star Wars. (And who never had a more awesome time in middle school band than when we broke out the Raiders theme, I’m here to tell you.)

And this right here is the thing that may keep me from ever buying a new copy of the movies. Because hearing anything else at the beginning, just before “A long time ago in a galaxy far, far away”, would never, ever be the same. 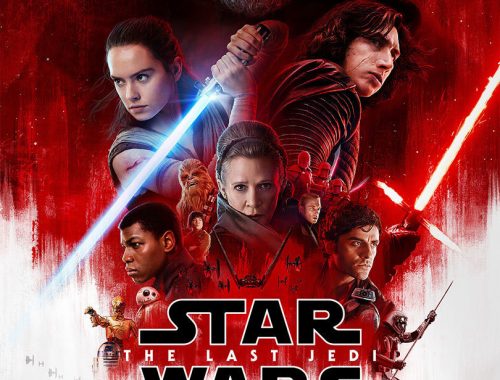