It is Victory of the Hawk RELEASE DAY! 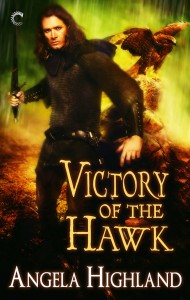 The Healer has proven her valor.

The Hunter has sought his vengeance.

Now the Hawk gains his victory–and in so doing, shakes the entire realm of Adalonia to its core.

The final book of the Rebels of Adalonia trilogy releases today, O Internets, and I invite you to check it out! If you’re the sort of reader who prefers to charge through a completed series rather than waiting for the next one to come out, you can now do so–and since Carina’s prices are quite good, you can read the whole trilogy on your device for about the cost of a paperback!

And if you have not yet read Valor of the Healer and Vengeance of the Hunter, definitely do so before you read Victory of the Hawk. As always, all links to where you can buy the books are on the Valor of the Healer, Vengeance of the Hunter, and Victory of the Hawk pages. And here are the primary links where you can get Victory TODAY:

Thanks to all who have bought and read the first two books, and I hope you all find this a worthy conclusion to the trilogy!

Victory of the Hawk is IMMINENT and people are even reviewing it!