YOU GUYS. Remember this blog post, in which I described how I had this picture in my head of all of my various fandoms over the years having a kitchen party in my head?

My friend Yngvar in Norway, crafty devil that he is, commissioned no less an august personage than Sonny Strait to sketch it for me, as a combination Christmas/birthday present! Sonny Strait, comma, who’s best known to me with his background in Elfquest! Behold! 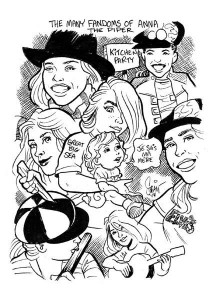 The Many Fandoms of Anna the Piper, by Sonny Strait

And that’ll be Battlestar Galactica, Doctor Who, and Buffy the Vampire Slayer referenced in this sketch for my TV fandoms, as well as Great Big Sea and Elvis being the most obvious musical fandoms–but with the baby!me babbling in French being a callout to my Quebec trad fandom, not to mention my rampageous affection for learning French in general. 😀 I particularly like how baby!me looks a lot like the pic of baby!me I’ve posted before! Somebody was clearly given a reference source!

All hail Yngvar and Sonny Strait for making this happen! Thank you, gentlemen!

kitchen party in my headsonny straitsurprise!the many fandoms of anna the piperthings that are awesome
February 10, 2014 by Angela Korra'ti 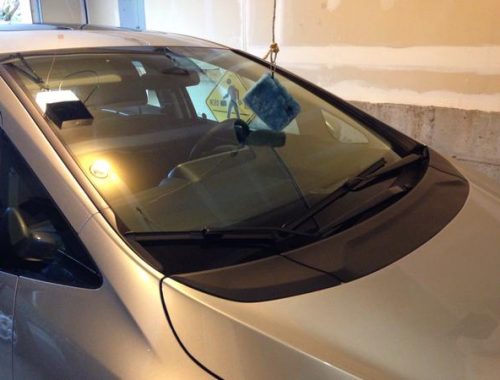