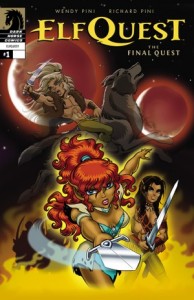 And while we’re on the topic of Ways Dark Horse Comics is Going to Command My Money in 2014, we’ve also got the joy of a brand new Elfquest story starting up!

Hold on a minute, Internets, while I stand back and savor the rhythm of the phrase “new Elfquest story”. Ahem! Where was I? Ah yes!

Now that we’ve got the prologue out of the way, now we’re getting down to business with the opening chapter of this new story. And what a chapter it is. For this longstanding fan’s eyes, the Donning-Starblaze era of Elfquest is still the most lovely–but that’s not to say that this art isn’t also beautiful, because it is. Wendy Pini has hit her happy place with doing her art digitally, and there are times now in this new area of her work when I feel she comes close to the amazing lushness of the Donning-Starblaze days. So make no mistake, this issue is a pleasure to look at. I bought mine digitally, but I’ll be buying this again once there’s a graphic novel to be had, and I’m definitely looking forward to seeing how this color palette renders in print.

As for the story itself, well. Most of the Wolfriders of Cutter’s branch of the tribe are beginning to feel like they’re losing track of the Way, and so we see them getting back to good old-fashioned basics with a rough-and-tumble hunt. But not everybody in the tribe is down with this plan, and the outlier certainly raised my eyebrows. Meanwhile, Ember’s branch of the Wolfriders faces a new human threat, one that makes Teir come face to face with the killer of his mother–Kahvi, the chieftess of the Go-Backs.

I’m still processing what I think about this so far, but I’m definitely intrigued, and am looking forward to the next installment! Let’s talk about the issue in the comments, y’all! 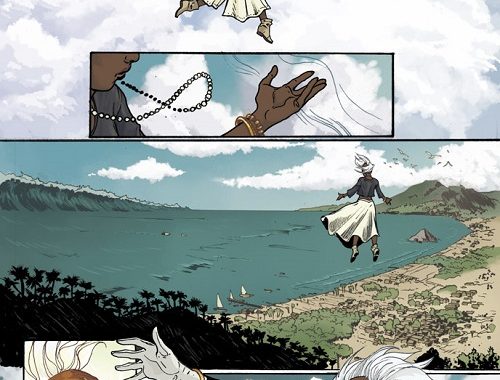 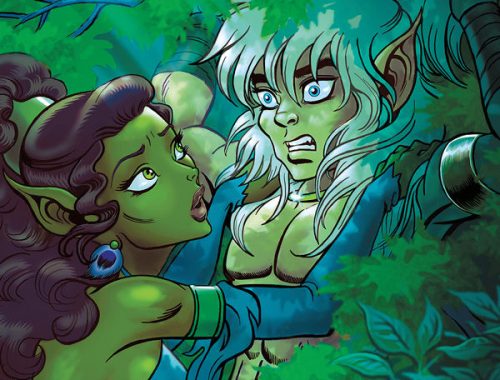