Advice on self-publishing, Part 5: Deploying the book for sale

This being part 5 of my ongoing series on self-publishing. Previous posts are:

In this post, I’m going to talk about my experiences putting Faerie Blood up for sale, and how they may apply to you. (Though as with anything involving writing, do keep in mind–your mileage may and probably will vary!)

Where all did I deploy my book for sale?

The places I opted to go with in the initial deployment of the book were Amazon, Barnes and Noble, iTunes, Smashwords, and Kobo.

You may love or hate Amazon, but fact of the matter is, if you’re going to self-pub an ebook you pretty much have to go up on Amazon. The vast majority of my ebook sales to this date, after having Faerie Blood out for a year or so, are with them. One big question you’re going to have to ask yourself, in fact, is whether you will get in on their exclusive program where you can ONLY deploy to Amazon in exchange for them giving you higher visibility. I know some authors who have done this, though I don’t have figures on how well it’s worked for them. (If you’re an author who’s done this and you have experience in this, do feel free to answer in the comments!)

Me, I opted not to do that specifically because I wanted to make the book available to non-Kindle users. As a Nook user myself, I wasn’t about to NOT deploy to Barnes and Noble. Likewise, as a Mac user, I was interested in going up on the Apple store. Smashwords was interesting to me for a couple of reasons. One, it is specifically device-agnostic and has as one of its selling points making your ebook available in a wide variety of formats (with the tradeoff that you have to use their proprietary formatting system). And two, as an aggregration service, they’re one of the few ways you can get a self-pubbed ebook onto certain channels such as the Sony bookstore.

At the time I deployed Faerie Blood originally, Smashwords was also the only way to get onto the Kobo store–which I was interested in because Kobo’s a significant ebook player in Canada, and hey, Canada! But shortly after I was prepping to go on Smashwords, Kobo deployed its own self-pub service. So I didn’t have to use Smashwords to get up onto Kobo. Instead, I deployed to them directly.

Should you exclusively go with an aggregation service like Smashwords?

Another important point about Smashwords. As I mention above, Smashwords is an aggregation service. This means that in addition to selling your book directly for you, they will also give you the option to deploying the book out to other channels for you. Like, say, the Sony store.

For the most part I opted not to do this and instead am working with the Amazon, Kobo, iTunes, and B&N stores directly. The reason for this is that when I was researching what I do, I asked around to get people’s input, and was told that it’s generally less of a headache to work directly with the various outlets. Delay in payment was cited as the biggest factor here, and yes, this was particularly mentioned with Smashwords.

(Props to romance author Courtney Milan, by the way, who was very kind in answering my questions in email. She’s been self-pubbing several of her recent releases, and since I liked what she’d done with her books, I contacted her to ask for her advice.)

Now, I can add to this my own experiences in payment. Amazon, B&N, and iTunes have all generally been reliable in handing me money when I’m due. Smashwords has made exactly one payment to me, and Kobo has yet to give me any money at all. But to be fair to Smashwords and Kobo, this is because my sales there have also been extremely tiny. (9 to date on Smashwords, 6 on Kobo. See? TINY.) And I haven’t cleared the threshold there for them to actually send me the tiny amount of royalties owed.

There are arguments in favor of using Smashwords or some other aggregation service, though. Again, as I said above, some stores will be available to you ONLY if you go through such a service. Sony, for example. Last I checked as well, the B&N store is directly available to you only if you’re a US author (and possibly a UK author as well since they’ve opened up Nook sales to that market, but I haven’t confirmed this yet). You can only get onto the iTunes store if you’ve got the appropriate software to prep your book to deploy to it, and that’s only available for the Mac. So if you’re a PC user, you’re going to have to get onto iTunes via an aggregator (or draft a Mac-owning friend to help you).

The long and short of it is, there are going to be some annoyances no matter which way you go, and there are judgment calls you’ll want to make about how to set things up to annoy you the least.

Note also: the only other aggregator service I spent any time looking at was BookBaby. They’re the book-publishing arm of the same people who run CD Baby, and since Dara’s had generally good experiences with the CD side of things I was willing to explore BookBaby. When I read up on them, word on the Net was somewhat iffy as to the quality of service they provided, so if you want to look into them, be sure and do your research. (And report back if you work with them, because I want to know!)

Difficulty of deploying to the various markets

Deploying up to Amazon wasn’t terribly difficult. If you don’t have a Kindle device, they do provide a Kindle emulator that’s supposed to emulate the various types of Kindles. This is super-handy for testing your book to make sure it works. And the turnaround time between uploading the book and the book being available for sale was fairly quick.

When I went up on B&N their active service was PubIt!, which I found… not great, but not bad, either. Now they’ve shifted over to NookPress, and to be honest, at least in the initial stage of deployment to that, it was teeth-grittingly infuriating. B&N’s lack of any real support for the service is immensely frustrating, especially if you’re a tech-savvy user like myself. You can’t call for support, and you can only get to tier-1 support via the chat system, which I haven’t found helpful at all. It took me a couple of weeks to iron out various issues with getting Faerie Blood deployed via the new system.

To be fair, once those issues were ironed out, it’s been fine since. But be aware of this going in, if you want to think about deploying to NookPress.

Deploying to iTunes I also found teeth-grittingly annoying. The iTunesConnect software as well as the front end on the website are unnecessarily complex, and I spent quite a bit of research time trying to understand various errors the software threw me when trying to deploy the Faerie Blood epub. And again–I’m a tech-savvy user and am generally comfortable with doing a search for what a given error message means, and figuring out what to do to fix it. It still drove me a little spare. If you’re not tech-savvy, be advised accordingly. Also, it took quite a few days before the book was finally live and for sale.

Deploying to Smashwords was actually not that bad. You do have to go through their proprietary system, as I mentioned, and this requires you having to spend some time doing custom styling of your manuscript file. None of it is difficult, if you have any comfort level with Microsoft Word. But it is tedious and time-consuming. Once you’ve done that, you can throw your manuscript through their MeatGrinder system, and it spits out a bunch of different formats for your book. Caveat: these will all be very minimally formatted. I.e., NOT PRETTY. Smashwords has recently deployed the ability to let you upload your own EPUB, which is at least a step to balance this out–but as of when I last tried it, it wouldn’t actually take my epub file.

Smashwords to their credit does provide a helpful free style guide for how to prep your book for their system. Following the instructions in that let me prep my book pretty well for them.

Lastly, deploying to Kobo wasn’t terribly difficult. But the Writing Life site is pretty bare-bones, and with only six sales to date over an entire year on that site, I’m not really sure yet whether my presence there is worth my time. But on the other hand, not much effort to get up there.

Google Play is the latest market I’m trying to deploy to. I say ‘trying’ because I’ve been waiting for over a week for my book to come out of ‘Processing’ status there, and there was some level of general opacity in trying to figure out how exactly to get on Google Play to begin with. I’ll post more data about this once Faerie Blood is actually live there.

Do you need an ISBN?

The question of whether to get one or more ISBNs for your book appears to be somewhat fuzzy. Best practice, as near as I could tell doing my research, was to have an individual ISBN for each different format of your book–which means not only print vs. digital, but also epub vs. PDF vs. whatever other format you’re using. In actual practice, what seems to happen a lot is that self-pub authors will get one ISBN for digital and another for print. This is what I wound up doing, in no small part because ISBNs get expensive.

You will not actually technically need an ISBN to deploy either to Amazon or B&N–if you don’t provide one their systems will have unique identifiers for your book regardless. The other sites I’m on wanted them, though. And generally I’d recommend that you get at least one ISBN if you can.

Do you need to file copyright on the book?

Again, this seemed like a generally fuzzy area. I’ve seen sources that suggest you don’t actually technically need to file copyright, because copyright happens when you produce the work. However, the fee to file was $35, which for my personal budget wasn’t onerous. So I went ahead and did it, mostly to be able to have something I can point at in the future as independent evidence that yes, Faerie Blood is my book.

I was originally planning to devote an entire post to aggregator services like Smashwords and BookBaby, but I’ve already kind of covered that there. So part 6 of this series will go straight to what to do if you want to self-pub in print. Stand by for more on that, folks. 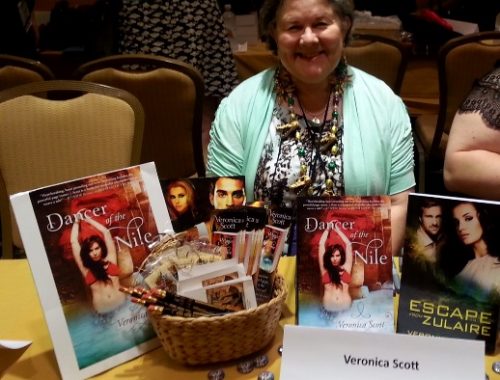