And now, to finish up my posts about going to Victoria at the beginning of April, here’s the recounting of what we did on Sunday of that weekend! The previous posts, for those of you who may have missed them, are:

On to the final leg of the Victoria adventure: Sunday!

As awesome as our room at the Chateau Victoria was, late checkout was not one of the perks we had available to us. So we did actually have to vacate the premises by 11am. We got our stuff all rounded up, took it downstairs to leave with the concierge, and then headed out to go find something to eat before going on our tour to Butchart Gardens.

“Something to eat” wound up being at a little breakfast-y type diner place just around the corner from the hotel, with perfectly acceptable breakfast-y type food. I was amused to note that I could in fact read most of the French on the menus. (But then, the real test would be whether I could read French menus that didn’t have the equivalent English text right there.) And after that, we trotted back over to the Clipper Terminal, the very same terminal at which we’d arrived on Friday, to catch the bus to the gardens.

We had a lovely comfortable bus that wasn’t terribly crowded at all, and a lively older gentleman as our driver who gave us a grand leisurely drive through some of downtown Victoria and then on out to the gardens, chatting up a storm about many things of interest we passed. He was generally great fun to listen to, and pointed out a few things about Chinatown in particular that Dara and I noted for checking out later: specifically, the little alleyways that threaded through the place, and how shops could be secreted away in them.

Once we got to the Gardens, we only had two hours to play with. Two hours was honestly not enough. The place was enormous, and beautiful, and we barely scratched the surface of everything there was to see there.

The first thing that greets you on your way into the place is the enormous Butchart Gardens sign. Our guide said it was traditional to have your picture taken in front of it. Given that I had in fact brought the mammoth, this picture was pretty much inevitable. 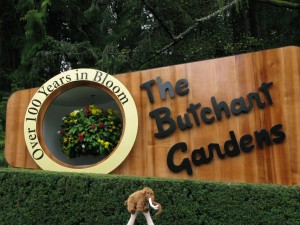 So was this one, for that matter. I mean, what other tasks would mammoths be reading about? 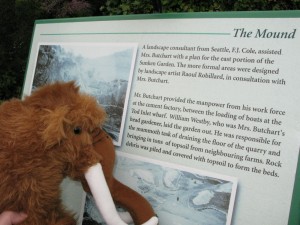 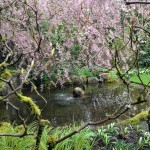 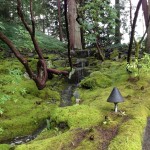 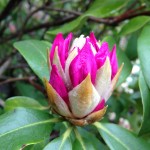 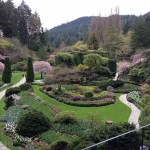 Dara took this one of me. I totally keep wanting to see Totoro pop his head out of the bamboo. 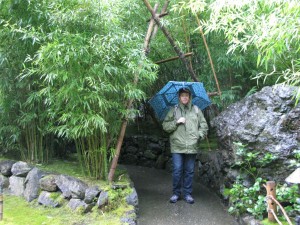 Bamboo in the Rain

Some more of mine: 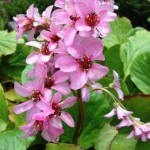 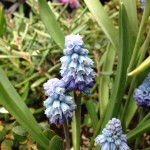 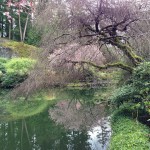 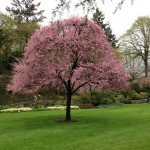 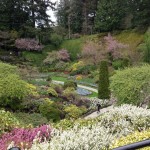 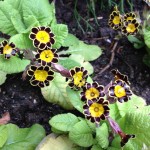 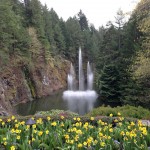 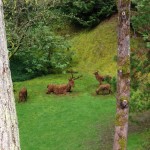 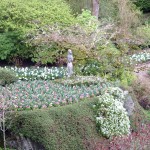 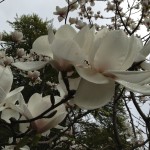 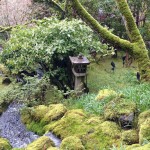 Lantern by the Stream 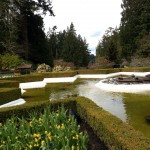 We finished up the visit to the Gardens with the obligatory visit to the gift shop, and wound up coming home with dark chocolate icewine truffles. Which were, I note, QUITE tasty.

On the way back to downtown Victoria we took a different route, and our guide gave us another entertaining lecture before finally dropping us off back at the Clipper Terminal. All too short a trip, as I mentioned–but at least the guide was very entertaining, and it’s an easy way to kill a few hours on a Victoria visit. For serious flower buffs, though, you’ll totally want to take longer.

The rest of the afternoon:

We got back early enough that we had at least a couple more hours to spend before we had to go retrieve our luggage from the hotel, and rendezvous with the flight that would be taking us home. So we opted to spend it wandering around a bit more of Chinatown, and in particular ducking through some of the more interesting alleys just to see where they went and what sorts of shops were tucked within them.

And just to say we did, we wandered along the main touristy row of shops on Government. I believe it was somewhere along there that we spotted these: 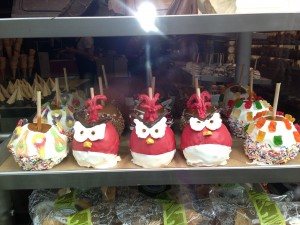 We also spotted this, which if I do say so myself is some of the more entertaining graffiti I’ve ever seen: 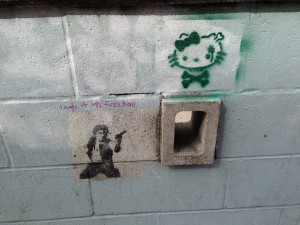 You Didn’t See Us Alone in the South Passage

And I snapped a pic of Dara by a nice fountain in a little square: 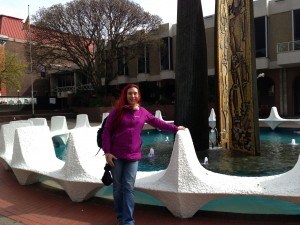 Eventually though, we did finally go get our luggage and head over to the teeny tiny terminal where we had to catch our seaplane. Which turned out to be the best airplane trip I’d taken in some time, even though I had to spend the whole flight with my eyes closed because OMG turbulence. And our plane was tiny enough that we felt every little bump and skip.

Very noisy, too. The small number of passengers on board all wore earplugs, so I couldn’t even really do much on the flight except doze. But the sheer lack of hassle getting onto the plane and getting off again made it all worth it, really. Particularly when we finally landed in Seattle and going through customs pretty much amounted to showing my newly acquired guitar to two very bored-looking customs agents, who asked me how much the instrument had cost and if I had a receipt for it. Which they didn’t even ask to see!

But the really fun part was discovering that a couple on the plane with us were actually hitching a ride with the pilot back up to the terminal in Kenmore! They’d actually left their car at that terminal by mistake, and so the pilot was going to give them a lift back up there. So we said “HEY WE LIVE IN KENMORE”, and the pilot told us to come on, he’d give us a lift too, no charge.

Which meant we got to get right back on the plane we’d just gotten off of, lol. And another staffer came running after the pilot yelling, “But but but what are their NAMES?” because she needed to know for paperwork reasons. The pilot yelled back, “Smith and Jones!” And then asked us wryly what our actual names were, but only once we were getting back on board.

It took only about seven minutes and change for us to get from the Lake Union terminal back up to the Kenmore one. And the couple who were retrieving their car even kindly gave us a lift up the hill, so we didn’t even have to walk home with our luggage!

BEST. FLIGHT. EVER. And an awesome closer to the trip, getting us home super-early as well.

All in all: a glorious weekend. Victoria WILL be visited again!

If anyone will be at Norwescon…