This being another post actually written while I was on hiatus, but I wanted to get it down while it was fresh in my mind!

So as y’all know I have become very fond of Quebecois music, and I have no fewer than four bands I’m following: La Bottine Souriante, Le Vent du Nord, La Volee d’Castors, and Les Charbonniers de L’enfer. This last group are the ones who are entirely a capella, specializing in the mouth reels and podorythmie that I love so much about music from Quebec, and they ALSO have two guys who used to be in La Bottine Souriante, so a couple of their voices sound very familiar to me.

I’ve snagged their one live album off of iTunes, and I’m tellin’ ya, people, they are way better live than I expected after listening to their first two albums I’d bought! They are so much more vigorous in live performance that I was entirely blown away by several of the tracks. They have a couple on this album where they’re roaring out the lyrics–or in the case of one track, tearing through the mouth reels at unbelievable speed. And, AND, if my poking around on Google and on their website is any indication, they have two guys doing the podorythmie, not just one.

The album is called En personne, and for those of you with iTunes accounts, I highly recommend checking it out. For those of you not iTunes-inclined, I was also able to find this site here which appears to be for a chain store in Quebec. They can’t sell MP3 downloads to customers outside Canada due to copyright restrictions, but they DO have listenable samples–and they will ship CDs to US customers. Their page for the album in question is here–AND there’s ALSO a DVD!

Check out the samples for tracks 4, 10, 13, and 16 in particular, wherever you check it out. iTunes has longer samples than the Archambault site does, enough to give you a feel for how LCE sound live, though the really good bits of tracks 4 and 10 are towards the end so you may not get those in the samples. Track 16 is ALL mouth reels though and goddamn, it is awesome. XD

I am totally ordering this thing on my next paycheck. I have got to see the video that goes with this concert, especially if they have two guys on the footwork.

AND AND AND they also have a boatload of La Bottine Souriante albums I’m going to be ordering–five of ’em I’m missing, and I’m particularly interested in the more recent ones since LBS have had a significant shift in members over the last few years, so now they sound rather different than they did when I saw them perform way back in 2000 along with GBS at Chateau Ste. Michelle. What particularly amuses me, now that I’m actively fangirling Le Vent du Nord, is that the lovely Monsieur Simon Beaudry has a brother who’s in La Bottine Souriante now! ;D

And speaking of Le Vent du Nord, that site also has the one remaining LVN album I don’t have yet–a recording of a live concert they did along with the Quebec Symphony Orchestra, which was apparently not widely released, since it’s not on iTunes along with the rest of LVN’s albums. I am totally ordering this, too.

I really need a proper icon for Quebecois music now! Stompyfeet, that’d be the ticket. 😀 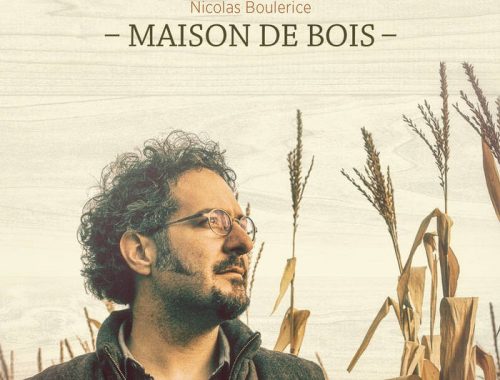