This is the post where I get a bit into the agency pricing model, how it’s affected what books you can buy where, and how much you can expect to pay for them.

In April of 2010, the so-called “agency model” of ebook pricing came into effect and caused a furor in the publishing industry. Glance over at Explaining the Agency Model for E-Book Pricing in Layman’s Language for a super-quick overview of what the agency model actually means, since unless you’re a writer or otherwise connected with the publishing industry, most of the brouhaha in question actually won’t mean much to you.

Why it’s important to you though is the end result: what it means as a reader. For me, it meant that Fictionwise, my previous go-to site for ebook purchases, was pretty much eviscerated. They lost a lot of their inventory–i.e., titles from publishers that use agency pricing–and no longer have their Micropay program, which rewarded regular customers with credit that they could apply to future purchases. Similarly, Barnes and Noble members can’t use their 10% membership discount on ebooks the same way they can on print books. And as I’ve been a B&N member for a few years now, I find this very annoying.

If you’re a genre reader, too, most of the titles you’re likely to be interested in will in fact be from the big publishers that use agency pricing. Which will mean that yeah, you’ll have to look at the big sites to decide who has the titles you want at the best prices.

‘s Side Jobs, released in hardcover for $25.95, is available on the Kindle, nook, Kobo reader, the Sony, and in the iBookstore for $12.99. Before agency pricing, you probably would have been able to get it for $9.99.

‘s Dreadnought, released in trade paperback for $14.99, is available on the various big sites for $9.99.

‘s An Artificial Night, released in mass market paperback for $7.99, is available on the various sites electronically for $6.99.

Checking these titles, I see fairly consistent pricing across the board. On the other hand, I’ve heard people on various blogs complaining about finding situations where the ebook is actually more expensive than the corresponding print copy. I myself have seen this if a book’s in transition from, say, trade or hardcover to mass market and the ebook price hasn’t been adjusted yet; I had it happen when a Tanya Huff book I wanted made the jump from hardcover to mass market.

On both Drollerie’s and Carina’s sites, you can generally expect to pay less than the rough $6.99-7.99 range for a mass market book, and titles will be frequently discounted. Book View Cafe, Smashwords, and BacklistEbooks.com all seem to be operating with similar lower price points, from what I’ve seen so far.

Long story short, there are a few things to keep in mind here:

One, for the biggest-name publishers, the ones most likely to be operating under agency pricing, you’re most likely to find that ebook price will be roughly tied to the price of the corresponding print edition. Ebooks released along with hardbacks or trades are going to be more expensive than ebooks released along with mass market. (This is extremely annoying, I grant you, given that it’s highly unlikely anything will be done to the ebook as its price drops.) On the other hand, it also means that if you’re willing to wait a bit, the price on an ebook is in fact probably going to go down.

Two, although this is a rough guess on my part, the books most likely to have prices out of proportion with their corresponding print editions are bestseller-category books. Especially ones released in hardcover all over the place, the ones bookstores are going to be discounting like crazy on the assumption that everybody on the planet will be buying them. Think Dan Brown category books here, or Twilight, or Harry Potter. If you’re a genre reader like me, though, and you don’t care as much about that category of books, this probably won’t affect you. Much. Do keep an eye out for it though.

Three, if you take the time to shop around to the smaller sites or if you keep an eye on which publishers aren’t operating under the agency model, you can find better prices.

Four, the places with the better prices are unfortunately also likely to be the ones less likely to have the bigger-name books. E.g., if you’re an SF/F reader and you’re looking for Jim Butcher’s latest, sorry, his stuff’s under agency pricing, so you’re going to pay agency pricing on it no matter who you buy it from. Ditto if you’re looking for oh, say, Nora Robert’s latest.

So overall, if pricing is a concern for you, you’ll probably want to slant towards ereaders that support the formats most likely to have the better pricing. Since that’ll be the smaller sites and non-agency publishers, we’re talking ePub and PDF here. Sony, Kobo, nook, and the i-Devices all talk these formats–though as I’ve said, my personal experience here is only with the nook and the iPhone, so I can’t attest to how well the Sony and Kobo devices handle PDFs.

On the other hand, if you’re more concerned about availability and selection, you’ll still want to keep an eye on the bigger stores. Since their price schemes seem to be fairly consistent, that wouldn’t be a decision point for me on Amazon vs. Kindle vs. nook vs. whatever.

ebook pricingebookshow to read ebookswhat ereader should I get?
November 21, 2010 by Angela Korra'ti 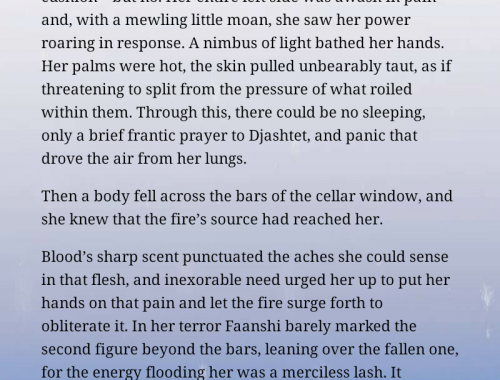 How to read ebooks page added!