The special Boosting the Signal feature week for the 2015 NIWA anthology continues! Today’s post features another previous Boosting the Signal guest, E.M. Prazeman, who now offers us a bit of a prelude to the story “Travail”. See below for the author’s own intro, and a bit of backstory for the jester Pick, in which Pick faces the goal of not only acquiring a messenger boy—but also surviving keeping him.

Travail takes us back in time, about three hundred fifty years before the events in The Lord Jester’s Legacy trilogy. In this era, Jesters, the masked courtiers that do the dirty political work for the noble class, wear bells to warn of their presence, and knights in armor are given a piece of a king’s or queen’s soul and sworn to dispense the monarchy’s justice.

Pick is a jester to a minor lord. Strong, tall, and quick-witted, he has a somewhat undeserved reputation for skipping the bribery, scheming and trickery associated with his trade and going straight for the throat of the matter. Unlike most of his compatriots he prefers gaining the trust of people who have great skill, intelligence, learning, or preferably all three, regardless of accident of birth.

I made my way through the broad, cluttered alley where merchants store their empty crates and barrels that will later be filled with goods to be traded at the Amendsday market. In daylight this was an innocuous place, but I traveled at night with a lantern that burned too low to serve well. I had the wick set that way on purpose. If I thought I could get away with no light at all I might have tried it. It’s so much easier to intimidate someone when they can’t get a good look at you. I had height, strength and a good sword on my side, but that only really meant that whoever might try for me would either have me outnumbered or they’d ambush me. So much for height and strength.

The relief rushed out of me like a wintry gust. “Gary.” The artfully-named little boy, Gary Gray, moved into the light. My relief was short-lived. He had someone with him, someone burly. No. Two men, one close behind the other.

“You didn’t say he was a jester,” one of the men said.

“You didn’t tell me you were bringing friends,” I added. I turned my head just so and allowed the bells on my steel-beaked mask to ring as I did it. “Is there a problem?” I listened carefully, not to them but behind me. That’s where the real danger would come from. Two men in an alley I could handle. An axe through the back of my skull, on the other hand, would fell me. It’s a weakness of mine.

“You have him running messages and he’s no messenger,” the man informed me, as if I didn’t know. “So yes, there’s a problem, jester.”

That wasn’t good news. “Gary gets paid for his trouble.”

“Will you pay his corpse when whatever you’re tangling him in gets him killed? He’s only a child, for pity’s sake.”

Hmm. That didn’t sound like concern. My guess? They found out he was getting money and they wanted him to get more so they could take it from him. The air in the alley didn’t carry much but I would have bet my bells that they smelled like wine and shit. The sort that took a small boy’s bread money usually did. “It’s better than begging, wouldn’t you say? But you’re right. I’ve been taking advantage and that’s wrong, so wrong of me that I should like to make amends. It is Amendsday, now that it’s after midnight. How does ten ar sound? And I shall never trouble you to carry messages for me again. Unless.”

They took in so much air in anticipation of my next offer that I wondered that there was any left for me to breathe.

“You would like to keep carrying messages for me. For an ar each?” I had no intention of paying that rate, of course. To a beggar boy? That, not my messages, would get him killed once word got out. Word usually did, too. I kept listening behind me. Someone was there, I was fairly sure. They hadn’t been there before. They must have hidden well away and had only now reached the alley to cut off my escape. My nerves lit like lightning inside me.

“Tell you what,” the first man said. “You pay ten ar now, for the trouble you’ve brought him so far, and he’ll run those messages for an ar a week. Won’t you, Gary?”

“It’s one or the other.” I had to make some sort of show of resistance or they’d catch on too soon. It might have been my growing fear that I wouldn’t get out of this alive but I thought they tensed. Maybe they already knew. “Consider. Ten dangerously attractive ar now in ten silver coins, versus an ar, dispensed in cupru so that it doesn’t draw too much attention, at least once a week for as long as he cares to carry. You’re the boy’s father. Consider his future. That’s a decent living for him.”

“He’s not my father.” Gary’s small voice released the lightning.

In the end it was just Gary and myself left standing in pure darkness, for the lantern had gone out in the midst of my attacks. I bled, I hurt, but we were both alive. I braced against the wall, gasping for air, and he braced alongside me. He’s a smart boy, Gary Gray. He might have invited those men to rob me or coerce me. But he didn’t grieve for them, and it seemed we were friends, for now.

“I have a better, truer offer,” I told him. “I’ll be your patron, if you’d like to become a real messenger.”

“And they live in nice houses, and travel to see the world. Unless you’d rather have the ten ar.”

“No. I want to be a messenger,” he said quickly.

“Good boy.” With my wind back, I stood back up. “Did you deliver my message?” I asked.

He gave me the answer into my hand.

I knew then he would serve me well. 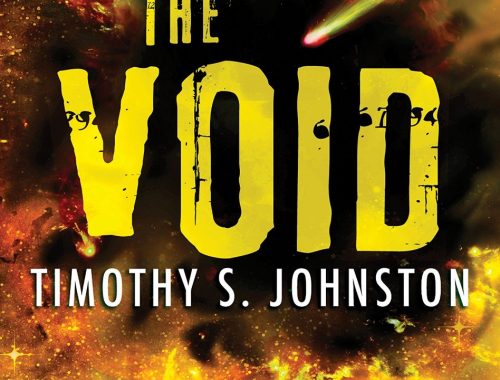 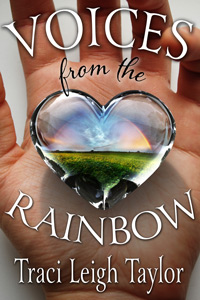