Welcome to the third post in this special Boosting the Signal feature week for the 2015 NIWA anthology, Asylum! This post is featuring NIWA member Madison Keller, who I hope to feature in another forthcoming post for her novel Flower’s Fang. Till then, she’s in the anthology with her story “Clary’s Asylum”. And if I had to hazard a guess about Clary’s goal, based on this snippet, I’d say she’s got a real tough time on her hands protecting a certain book!

Clary struggled against the straps of the gurney as the paramedics lifted her into the ambulance. The girl she’d saved, Rael, had already been taken away by another ambulance, which had sped off lights flashing and siren blaring, only a few minutes earlier.

Her friend Gunny, a retired Marine, watched from the dock, a broken cigar clamped in his teeth. Water still dripped from his diving suit and the spear-gun he still had a death grip on. Clary could see her watertight diving bag, which contained her spell book, potions, and protective amulets, lay abandoned on the dock behind him.

Gunny shifted, spat out the remains of the cigar into the ocean. “Clary, don’t you worry. These nice men will get you better, get you making sense again.”

The straps that held her arms thwarted most of her spells. She chanted anyway, feeling the magic surge through her like burning night. At the height of the surge she bit down hard on her tongue. The spell snapped out, inflicting the pain she was feeling ten-fold on the paramedic closest to her. He cried out and fell back, blood dripping from the side of his mouth.

While she’d been talking a paramedic had inserted a needle into her arm. Clary’s speech slurred and she drifted away into slumber. Her last thought before she went under was escape. 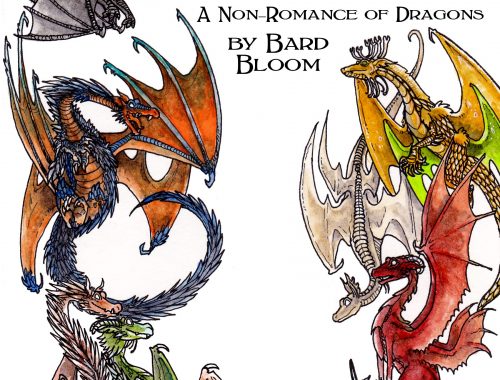