This post was supposed to go up yesterday, but this is what happens when you spend most of your workday dealing with computer crankiness. But my delay is your gain, because this means y’all get to have a doubleheader today in the week-long Boosting the Signal feature on the Here Be Magic boxed set! Today’s post brings a new name to the Boosting the Signal author list: fellow HBM member Linda Mooney. Linda’s contribution to the boxed set is the story Tall, Tall Trees, and she’s offering up a deleted scene from that tale for you today. Her characters in that story have the very straightforward goal of surviving to save their lives and their love, while in this piece, the medicine woman Aunty Vo has a more immediate goal: withstanding the wrath of Pellera’s father.

Aunty Vo stared at the collection of personal items she’d managed to gather to take with her. Her old bones told her the upcoming rains would result in a flood unlike anything anyone had ever witnessed or survived. To say she was frightened would be a mistake. She was terrified beyond words, and almost beyond thought.

“Old woman! Where are you, old woman? Answer me!” A voice bellowed from the front room. She immediately knew who it was.

She took her time making her way through the curtain to find Maton and two of his cronies standing by the fire. They were armed with clubs and axes. By the expressions on their faces, she could tell they had a more sinister purpose for being here than asking for a hunting spell. She knew why they’d sought her out, and hardened herself.

“Watch your tongue, Maton. I do not like your tone,” she informed their leader.

“I demand to know where my daughter has gone,” Maton ordered. “Give me the information I seek.”

“I do not know where she’s gone,” the medicine woman replied coolly. It was the truth. She had only given Pellera and Oron her blessing and advice. She had no knowledge of what they did after they left. However, Maton refused to listen.

“You do know, old woman. Cortab saw them leave here not long ago. Where were they going? To the treeber home compound?”

Aunty Vo did not attempt to hide her disgust. “I did not say I hadn’t seen them. Only that I do not know where they went after they left.”

“Why were they here in the first place?” The man continued to irritate her.

“You know I am not obligated to tell you anything. What I do or say to those who seek my help is sacrosanct. But this one time I will tell you they were seeking my blessing on their union. Something you had no intention of giving. Now go away and leave me in peace.”

She turned to exit the room. She never expected Maton to lunge for her and grab her arm with bruising fingers.

“Tell me what I want to know!” he hotly demanded.

She narrowed her eyes at him. “Let me go, Maton. I am telling you nothing more, and bullying will not work on me.” She glanced at the other two, who’d retreated to the front door flap to watch in uncomfortable silence. “If you continue to follow this man, you will be met with death. Heed my warning.”

“You are a cruel and unjust man, Maton. Your forthcoming death will be beneficial to this tribe’s welfare.”

The man paled but he remained absolute. “Are you threatening me?”

She never flinched. “Are you? Don’t forget, Maton, I have the ears of the gods, and they have mine. They’ve whispered of your demise, and they are taking delight in it. Go look for your precious child…before it’s too late.”

“What do you mean by that? Before it’s too late?” He gave her arm a shake.

“Maton?” One of the men by the doorway interceded. “Maton, we need to hurry if we’re going to make any sort of headway before dark.”

Aunty Vo gave him her best shadowy smile. One she knew struck fear in men’s hearts whenever she graced them with it. “Yes, Maton. You’d best hurry. Your hours are numbered.”

Her soft prophecy had the effect she was seeking. The man shuddered, and he removed his hand.

“Hours? You mean years,” he tried to correct her.

“No, Maton. You heard me correctly the first time. Your time among the living is being measured in hours. I strongly suggest you to put them to good use, beginning with trying to make amends with your own flesh and blood before it’s too late.”

Jerking her arm from the man’s grasp, she left the outer room where she soon heard the men depart. After wrapping the few precious items she could not bear to leave behind, she bundled them in a sling and placed it over her head where it rested on one shoulder and across her body. Tying a flask of water and a bag of food around her waist, she grabbed her bowl of light and began her journey through the deep recesses of the caves where she would find shelter.

There, she would wait out the aftermath of the flooding rains, and the devastation they would bring. 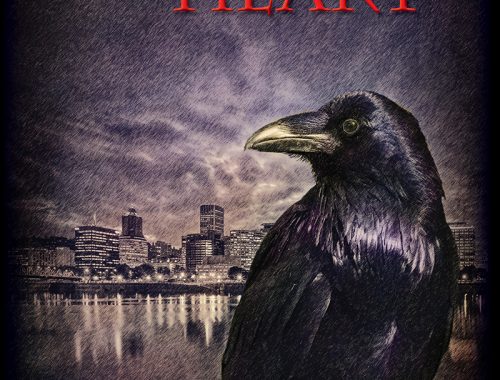 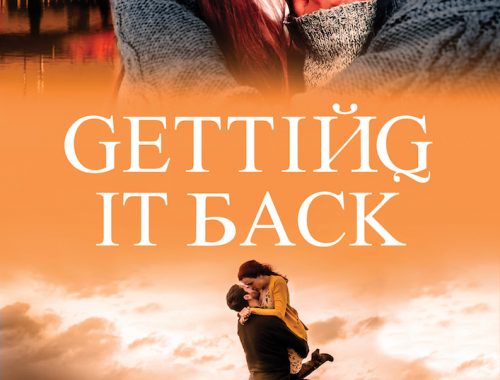