Amazon’s new Kindle Unlimited service, which is basically their attempt to do Netflix for ebooks as far as I can tell, has been getting a lot of attention in the publishing world. Reactions, from what I’ve seen so far, are quite mixed. (Mr. Scalzi, for example, has an interesting writeup on the topic over here.) So here’s mine.

With my reader hat on, I’m feeling right now like this service won’t be useful to me, since it doesn’t really address how I interact with ebooks. If there’s a book I want to read that I don’t want to put down money for up front, I already have a way to address that: the Seattle Public Library and the King County Library System, both of which are very friendly to ebook checkouts. Granted, this doesn’t always work, since there are some books that these two systems might not actually have and which I could in theory immediately grab via Kindle Unlimited if I were so inclined.

But here’s the thing. If there’s a book I want to read ASAP, chances are very high that it’s by an author who’s already on my buy list. In which case, if I want it, I’ll be buying it. If it’s not an author I know already, chances are equally high that said book is competing with the several hundred other things on my To Read list, and it’ll come off the queue when I get to it. If the library systems don’t have it, I can generally wait till they do.

And if I happen to become unemployed again, the service becomes even more superfluous. $9.99 a month isn’t much if you have a regular, well-paying job. But if you don’t, every new dollar adds up. And this would be one of the first expenses I’d drop if I happened to be a subscriber who suddenly lost her job.

Really, though, when you get right down to it, I’m perfectly happy to use the library for books I’m not sure I want to buy yet. And if it becomes a question of “who gets my money”, I’d just as soon donate to the library rather than blow $9.99 a month for access to books I will most likely not actually read in any given month.

Because I mean, seriously, people, there are currently over 1,200 titles on my Goodreads To Read shelf. Many of which I already own, and most of the rest of which I can grab from the library when necessary. I’m not seeing much need to blow $9.99 a month on top of that to get access to those books via some other mechanism.

Meanwhile, with my author hat on, my reactions are mixed. Whether my titles with Carina show up on this service is beyond my control. If Harlequin elects to deploy Carina titles to the service, it’s certainly possible that I might get a few extra pennies I might not otherwise get, which is fine. (Though at the level at which I currently operate, yeah, a few extra pennies would be what I’d have to expect here.)

And as y’all know, since I’m not publishing Faerie Blood exclusively with Amazon, that title certainly won’t be getting out there. So in regards to my self-published stuff, Kindle Unlimited isn’t a benefit to me at all.

How about y’all? Anybody out there going to sign up for this thing, as a writer OR a reader? 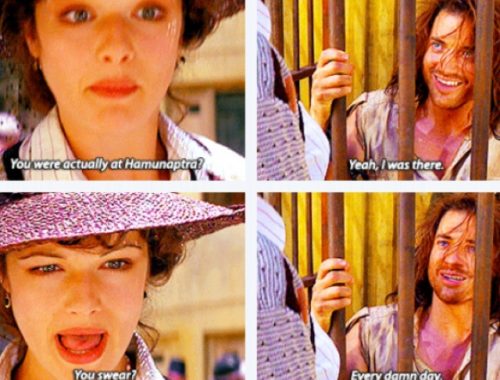 I was wrong, I DO have more to say about the current SFWA-related brouhaha