In which Anna figures out how to play Au rang d’aimer!

I’ve been spending quite a bit of my musical time on tunes from the Quebecois repertoire, but every so often I get to remind myself that actually, y’know? I also play guitar. Especially when I hear a song like the delicious “Au rang d’aimer” by La Bottine Souriante, which I’ve been swooning over for ages. It’s pulled hard into the lead to become the first song from Quebec that I’ve been able to figure out how to play and sing at the same time, properly!

I used the Chord Detector app I’ve got on my iPhone to get an initial idea of the chords. Now, the app ain’t perfect, and I find that when I throw a song at it, it’s usually good for giving me the general ballpark–the right key and several of the right base chords. But then I need to go in and finesse it and figure out things like strum patterns, and where to plug in chords that might be missing.

This song’s delightful to play with, just because it requires a more delicate strum pattern than I’m used to playing. (‘Cause hi, right, I’m the girl used to playing the sorts of chords that are better fitting to boinging around the living room, playing along with the Great Big DVD and belting out “Mari Mac” at the top of your lungs, NOT THAT I DO THAT OR ANYTHING!) Don’t quote me on the key, but I think we’re dealing with D mix here. There’s a lot of F, D, Em, and G, with periodic loverly little bits of Em7 and C. And I THINK there’s an Am that pops in as a transition chord between D and Em on the third line of the verses, but I’m not a hundred percent sure of that.

Note also, if you play with these chords, the first and fifth verses start with D->G->D->G, but the rest of them go F->Em->D->G, as near as I can tell. Because the first and fifth ones are coming after the intro and bridge, and starting them with D instead of F makes the chord flow work better.

I’ve got the overall strum pattern down, though, I think! And I’ve even managed to memorize the words, and for the most part I even know what they mean–though there’s a line in the fourth verse that goes “C’était un soir un facsillant, en courtisant sa mise”, and for the life of me I haven’t been able to figure out what the hell “facsillant” means. My google fu fails me. So did asking the La Bottine Souriante Facebook group I’m on, though one nice person from Quebec says she thinks it’s maybe an Old French word. Which would explain why Google Translate has no earthly idea what it means, and why I can’t find it in any of my usual online dictionary sources, either.

(Any French speakers out there who recognize this word, you want to clue me in, I’d be much obliged! I have even taken the drastic step of pinging the excellent gentleman who sings it, Éric Beaudry himself, to see if he can enlighten me. Given that I tried that in French, we’ll see if I managed to do so coherently. I make no guarantees. *^_^*;;)

Anyway though, here, lookit! I made a thing! This is a snippet of me playing with the chord progression, on the General, my big guitar (the Taylor 210). If you listen to the actual recording of the song (and you should, because goddamn, it’s pretty), there’s some mandolin in there. So I could make a case to myself for playing this on my little Ti-Jéan instead, but I dunno yet, the General’s deeper voice has a certain nice flavor to it too. Clearly, I shall have to try it on both instruments!

Every so often, I feel like I actually can play guitar. Tonight is one of those nights! 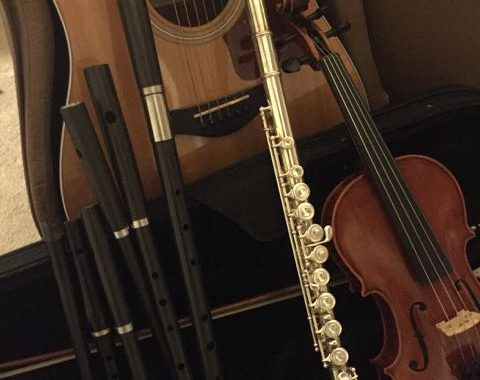