I was asked the following question on Google+:

How do you deal with characters who suddenly hare off and do something you really REALLY didn’t plan?﻿

This is an excellent question, and requires a bit of a longer answer than would fit comfortably into a social networking comment. So here, y’all get a blog post!

A lot of writers I’ve heard address this topic will swear up and down that YOU ARE THE WRITER, BY GOD, so you, not the character, are the one in charge of a character’s actions in a story. From what I’ve seen these tend to be people who have more active plans in place before they start a book, so they’ve got clear ideas at all times of what they expect a character to be doing. Maybe they’ll even have a full outline sketched out.

Me, I’m not quite that much of a pre-planner. I’ve completed four manuscripts to date, and am about to complete a fifth. So far, my way of doing this is to have a general broad picture of what the book’s supposed to be about, going in. This is very similar to how I used to do plots in my days of playing MUSHes, where we’d do things called ‘tinyplots’–i.e., a general broad, open-ended idea of a plot concept–and then the characters on the game would then roleplay the plot out. It’d often go in unexpected ways due to the live, real-time nature of the RP, and that was a known and expected thing and considered to be part of the fun.

Now that I’m writing, I go in with that same broad idea of how the plot should work and some core character concepts for the major members of the cast. I start writing, and maybe I’ll get in a few chapters or so and then take a step back and think, “okay, now what happens next?” I’ll do a little bit of planning, then write that bit, and then do a little bit more planning, lather, rinse, repeat, until the book’s done. I’ll usually be taking notes in an outline file, with chapter summaries, as I go. It’s been a very organic process for me and usually it works.

However, sometimes I will have a character go HI I NEED TO DO THIS NOW, completely out of the blue. This is usually code, in my brain, for “Okay Anna, you haven’t thought something through well enough”–either my concept of what that character is supposed to be like, or else something about the overall plot. It happened to me early on, in fact, in the writing of the book that eventually became Valor of the Healer, and what I did at that point is to just readjust what I was intending to write in the chapters in question and keep going. I was still within the broad overall concept of what I wanted to do, so I wasn’t blocked.

But in another book I’ve got that’s still a work in progress, I hit a point where I realized that what I’d written so far just felt wrong. So in that case I just ditched that draft and started a new one. I was only four chapters in, so it wasn’t quite as severe a situation as having to completely trash most of a book.

How about the rest of my fellow writers out there? How do you deal when your characters raise their hands and go AHEM I’M DOING THIS NOW?

ETA: This post is attracting comments on its mirrors on Livejournal and Dreamwidth, so I encourage readers to check those out to see what a few of my other fellow authors are saying!

New character in my brain!

A few thoughts about trigger warnings 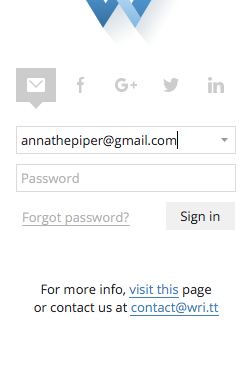