I got asked about this by the loverly Geri on Twitter, so I thought I’d devote an entire post to this topic: i.e., now that I’m a Carina author, who might I recommend to folks who might want to check out what else Carina has to offer?

I’m glad you asked that question! Because hell yeah, I can help you out with that. Keeping in mind that Carina’s catalogue is dominated by romance, a lot of my answers are going to have some measure of that involved–but I’m also going to spotlight some of the non-romance works I’ve read as well. So here you go!

Hands down, my favorite author out of all the Carina stuff I’ve read thus far is Susanna Fraser. She writes historical romance, and I very, very much liked her first outing, The Sergeant’s Lady. Particularly when I saw it going around Twitter that she was a fellow Browncoat. And then I noticed that if you’re a raving Browncoat like myself, a couple of the names of male characters in that book are suspiciously familiar, even if switched around. Plus, that book’s set during the Napoleonic War and her hero’s a sergeant in the British army, in love with a noblewoman, so there’s fun class-based conflict going on there. And I got to spend the entire book imagining her hero looking like Nathan Fillion. This did not suck.

If you enjoyed Faerie Blood, I’d like to direct your attention to one of the very first Carina releases I read and which I don’t see getting much attention at all–a book called Dark & Disorderly, by Bernita Harris. I found the sensibility of that one pretty much right in line with the kind of urban fantasy I like to read, i.e., mostly about the fantasy, not as much about the romance, but the romance is not absent either.

Similarly, although I have yet to actually read these books, I’d like to give shoutouts to the books of David Bridger, who writes urban fantasy–and especially Tia Nevitt, who’s posted before right here on my very own blog. Tia is at the top of my list for Carina authors I’ll be reading next, because she does fairy tale retellings, turning the stories to bring in the perspectives of characters who don’t normally get the spotlight. And I’m very much looking forward to reading about her dwarf heroine in The Magic Mirror and the Seventh Dwarf.

For other books in the vein of SF/F, what I’ve got queued up to read are the books of Nicole Luiken, Gate to Kandrith and Soul of Kandrith. Shawna Thomas has a couple of fantasy novels I want to check out, as well as a more science-fantasy-sounding book as well. And J.L. Hilton has a couple of romantic SF works–she’s the one who wrote Stellarnet Rebel, which impressed me by having a three-way romance between a human woman and two males of an amphibious species which apparently sounded entirely awesome to those of you who are Mass Effect fans. 😉 Also, I was deeply happy to see an Irish pub in her story. Because there are sessions EVEN IN THE FUTURE. Her second book of that series is on my queue to check out. Note that this is romantic SF, so yeah, there’s some emphasis on the emotional and sexual connection between the characters, and since it’s a three-way relationship she has to take the time to set up all three parties and their connections. But she’s also got some fun political machinations going on and I’m looking forward to seeing how the situation develops both on the galactic and personal levels.

For some evidence of Carina’s being generally LGBT-friendly, I point you at Cathy Pegau and her book Rulebreaker for some F/F science fiction. She’s got a more recent release as well, with a het pairing, Caught in Amber, and that’s also very high on my Carina list to check out. Likewise, if you’re a superhero fan, grab The Superheroes Union: Dynama by Ruth Diaz!

For some non-romance stuff, I very much liked the period mystery The Hollow House by Janis Patterson, which had some fun Gothic feel to it despite being set in the entirely non-Gothich setting of 1920’s-ish Denver. Well done there. And not a trace of romance in the story, either, with a heroine who’s gone through a great deal of shit in her life and who was not in a space to deal with such shenanigans. Nor did she need to. ‘Cause there were murders going on that needed to be dealt with!

For a bit of horror along the lines of how I like my horror (i.e., creepy and suspenseful, not gory), I recommend the novella Lure of the Mummy, by Janis Susan May. Nice little Egyptology-based plot. With a mummy. Like you do with Egyptology. Just ask Amelia Peabody!

There, that ought to get you all started. 😀

ETA: I have been reminded that I forgot to add Last Car to Annwn Station, another urban fantasy, by Michael Merriam. This is another LGBT book as well, with protagonists who are a lesbian and a bi woman, and particular thumbs up for that latter. Thanks to Catherine Lundoff for the tip! 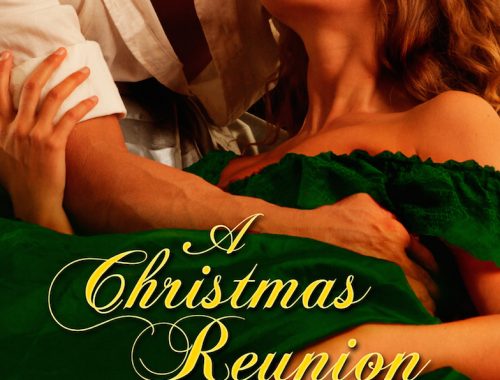