About Bridget Zinn and Poison

The other day I heard about an author by the name of Bridget Zinn, whose first book, a YA Fantasy novel called Poison, has just been released.

Thing is, it’s been released posthumously–because Bridget died of cancer in 2011. Now, her book’s finally seeing the light of day. And her loved ones are asking people to spread the word about it, particularly asking that authors post about their first releases, or that non-authors post about other momentous firsts in their lives.

I could post about my own cancer diagnosis and how, even with the reasonably low-impact scenario I went through, hearing about Bridget dying before she could see her own book published really hit home with me. Instead, though, I’m going to focus upon what the Help post I linked to asked for, and talk about my first book.

As y’all know, Valor of the Healer is about to drop in another couple of weeks. But it’s NOT the first book I professionally released. That of course was Faerie Blood, my urban fantasy, which was originally published by Drollerie Press in 2009 and which I resurrected via Kickstarter last year. While I am extremely proud of Valor of the Healer, and am secure in proclaiming that it’s a more complex and mature work, in many ways Faerie Blood is the book of my heart.

I wrote the bulk of it in 2003 for Nanowrimo, and kept going until I had a full novel’s worth of words. I threw everything I loved into it: music, magic, elves, Seattle, biking, computers, and all sorts of geeky references to things like Linux and Nethack and Calvin and Hobbes. My love of the music of Elvis Presley AND the folk music of Newfoundland influenced two major characters in the cast. It is, after all, no accident at all that Faerie Blood‘s hero is a bouzouki player from Newfoundland!

I wasn’t diagnosed with my breast cancer until 2007, by which point I’d gone through several query cycles with the book. And it wasn’t until 2008 that Drollerie agreed to publish me. The book finally was deployed for sale in 2009, and by then, I’d gone through radiation treatment, a mastectomy, and reconstruction surgery. I’m in good condition now, and am immensely grateful that Evergreen Medical Center has looked after me so well, and that I am in fact here to see my next book about to be released into the digital wilds.

So yeah, very much feeling for Bridget’s loved ones. And I’d like to encourage you all to consider going to check out the site that remains up in honor of her and of her novel. If you’d like to help spread the word about her and do something in her memory, check out her family is asking for folks to do over here.

And if the book sounds like fun to you, buy it! And review it! It certainly sounds like fun to me–and since it’s described as being full of “adventure and romance and fun”, I can’t think of a better way to celebrate its author than to indulge in what the book’s got to offer. Go check it out. For Bridget. 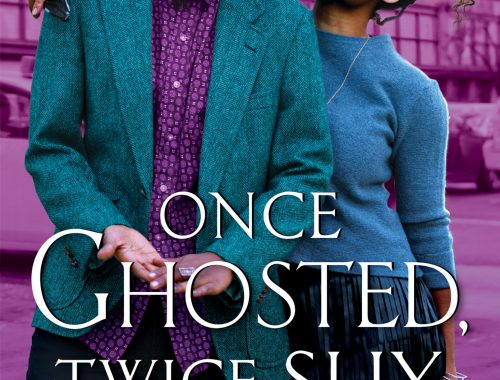