… but I have now purchased the very first Beatles album I’ve ever bought in my life. I got the new remastered 2-disc edition of Past Masters, which looks like it’s the new version of two previously released CDs that came out in 1990.

I totally blame this on Beatles Rock Band, which I finally got to seriously play last night when came over to join us for a session of gaming. This is the first time I’ve ever seriously actually done Rock Band or anything like it, and that’s pretty much because this is the first time there’s been a version with a bunch of music I actually like. I’m still very new to the game, though; I spent the whole time with the guitar controller playing either Guitar or Bass on Easy. I’m going to have to try the singing, though. I kept bursting into harmony lines anyway while I was playing, and Paul thought I should have one of the mike controllers. 😉

It’s pretty nifty though that this has kindled my first serious burst of interest in the Beatles. I’ve now listened to most of ‘s albums and have a new appreciation for the quality of the music; I’ve got Magical Mystery Tour and the White Album left to listen to. But now I’ve got the new Past Masters volume as well!

My next Quebec tunes challenge 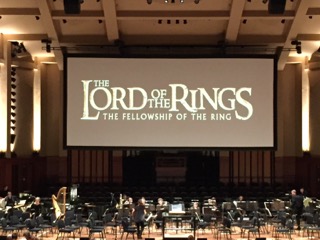