The Dispatcher by John Scalzi
My rating: 4 of 5 stars

Took me a while to finally get to this, since it’s been sitting around on my computer ever since it was originally released last year. I finally realized I had to sync it down to my phone so I could actually listen to it–which I have finally now done. And I am pleased to report it was quite satisfying.

I’ve generally always liked what I’ve read of Scalzi, although sometimes I like him better as a blogger than I do as a storyteller. In this case, though, I’d heard him do a reading of a chapter out of this at a recent convention, and I liked the premise well enough that I leapt on the offered free audiobook when it was released. Bonus that it was narrated by Zachary Quinto.

Story-wise, I found this to rank pretty high on the list of what Scalzi stories I’ve read (or in this case listened to) so far. The deliberate lack of description on a lot of his characters sometimes leaves me discontent, but in this case it worked well, and contributed to the lean, tight delivery of the story. Plus, given the overall schtick of the worldbuilding–i.e., if you’re murdered, chances are very high you will come back to life at home in your bed–was intriguing and added a dash of interesting philosophical discussion in some of the character dialogue.

Audiobook-wise, I found Quinto’s narration engaging as well. As one would certainly hope with a high-caliber actor, he brought some skill to his reading. Doing audiobook narration is not quite the same thing as a performance in a full-cast storyline, but Quinto did a great job differentiating the characters as he read for them. I was particularly impressed by the changes in his delivery for the female characters, particularly Detective Langdon. None of his changes in vocal delivery were blatant, but they were distinctive, and it was always clear to me who was speaking even when dialogue tags were not provided by the actual prose.

All in all a great little story. I liked it well enough that I’ll be buying the ebook edition, given that I originally got the audiobook while it was available for free. Four stars. 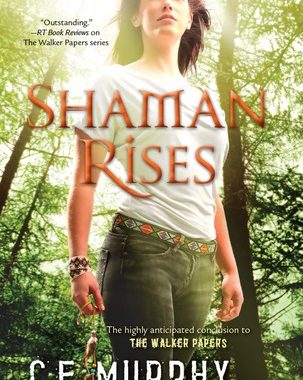