And, finally (albeit wrapping around from last week, the last of the Boosting the Signal feature posts for the Here Be Magic Boxed Set! I’ve got one more doubleheader today for you all. The first of the two posts features yet another prior Boosting the Signal guest, and yet another bestselling Carina author: Cindy Spencer Pape. Cindy’s story in the set is Devil of Bourbon Street, and she’s offering up an excerpt to tease your fancy. Her hero, Detective Quinn Carling, has a nicely understated goal in this scene: doing a good turn for a street busker. Or at least, on the surface. Check out the scene for what he’s really after!

“Come into the café and I’ll buy you lunch—no strings attached.” It was something Toni would have done, and it seemed a good way to honor her memory today.

Her lips, devoid of makeup, quirked. “They won’t let me in—I have a dog.”

He brushed aside a vine and peered through the fence. Sure enough a big mutt—Labrador sized, maybe, but with something long-haired and spotted in its background—thumped its tail by the street singer’s feet and grinned up at Quinn. A battered plastic bowl near its head was half full of water.

Quinn smiled back at the dog. “Doesn’t he scare away the customers?” He noticed her guitar case was on a concrete bench, a good four feet to her left—probably just out of reach of the big guy’s leash.

“Nah, Olaf’s pretty mellow.” She continued to strum her guitar as she chatted, nodding her thanks to a couple who dropped some change into the guitar case. She was sort of ordinary-looking for a street performer in NOLA—no fake vampire makeup or voodoo beads, she wore faded jeans, a yellow T-shirt and battered canvas sneakers.

“Well, tell me what you want, and I’ll bring you out your meal.” Now that he’d gotten the idea of feeding her into his head, it wouldn’t let go. He could sit on the bench out there and listen, as well as in here.

“Why?” she asked easily, as if the answer didn’t much matter. There was no accusation in her tone, just simple curiosity. Tiny smile lines around her eyes suggested she was older than she’d looked at first—maybe in her mid-to-late-twenties. “Am I your good deed for the day?”

He shrugged. “Maybe.” The truth was that he had no idea and didn’t really care to analyze his own thought process too deeply. “It’s been a day. I suppose I wouldn’t mind having someone to talk to while I finish my lunch. We’re on a public street, so I’d guess you’re pretty safe.”

“Fair enough.” Giving him that same, crooked smile, she asked for a coffee, two ham sandwiches, and an order of beignets.

Quinn doubled the order, in case she intended to share with her dog. If not, she could stash the extra away and have dinner tonight as well. He’d almost swear he heard Toni’s voice in the back of his head, urging him on. Then he took the singer’s food and his refilled coffee and wandered out to sit on the bench beside her guitar case. “Been doing this long?”

“Playing guitar, or singing on the street?” She moved the case to the ground, laid her guitar inside, and slid it under the bench. The dog moved with her, plopping his shaggy butt down on the ground in front of the center of the bench—making sure he was between Quinn and his mistress.

“Either. Both.” Quinn sipped his coffee and watched her tear off a big chunk of the first sandwich and feed it to the dog. “Name’s Quinn. And you two?”

“Darcy,” she said with a mouthful off bread and ham and cheese. “And Olaf.” After another bite, she added, “Nice to meet you, Quinn. Thanks for the food.”

It might have been a polite brush-off, but Quinn decided not to take it that way. He leaned back against the fence behind the bench. “I was enjoying your music. Seemed like a fair trade.” Quinn snitched a beignet from the second basket and bit into the hot, fried dough, dripping with powdered sugar. God these were amazing. He’d never been able to duplicate the flavor back home, no matter how hard he’d tried, despite the fact that he was a pretty decent cook.

“Works for me.” She split another chunk of the sandwich with Olaf. “I’ve been playing guitar—just not very well—since I was a kid. I’ve only been trying to make a living at it for the last few months.”

“What’d you do before that?” Quinn had no real idea why he found her so fascinating. He just did. And it wasn’t only because she was a pretty young woman, though he’d have to be blind to not notice that. He was honestly curious.

“I worked at a day care center.” One of the sparrows chose that moment to land on her shoulder, and rather than recoil, Darcy laughed, making her deep brown eyes sparkle with an amber glow. “I love these guys, but dude, you are not getting any of my beignets.” To Quinn’s surprise, Olaf seemed to completely ignore the birds.

“They are pretty persistent,” Quinn stopped himself from wiping a dot of mustard from her upper lip. When she flicked out her tongue and got it, he nearly groaned. Yeah. As soon as he got home, it was time, past time, to get his sorry ass back into the dating pool.

“But they add character—something that’s very important here in the Big Easy.” She winked at him. “Mind you, I’m a Detroit girl by birth, but I’ve been here long enough to have figured out some of the basics. Where are you from? Your accent is hard to place, but you don’t strike me as a tourist.”

“Philadelphia, now” he said. “Maryland, originally. But I lived over in Metairie for a while in my misspent youth, then here in the Quarter for oh, five years or so.”

“Just here visiting old haunts?” Her eyes widened and warmed. He could have sworn she was sensing his pain.

“You could say that, I guess.” He closed his eyes and inhaled. Haunts, indeed.

“No, really. Whatever brought you here wasn’t a happy thing.” She reached over and brushed some powdered sugar off his knee. The intimacy of the touch sent a jolt through his system. “Sometimes it helps to talk to strangers—and I’m as strange as they get.”

Quinn chuckled at that, but under her determined gaze, he caved in and sighed. “My late wife is buried here. After three years of beating myself up day in and day out, I’ve finally realized that her death wasn’t entirely my fault. So I came down here to make my peace. I took flowers to her tomb today—and after all this time, I really said goodbye.” 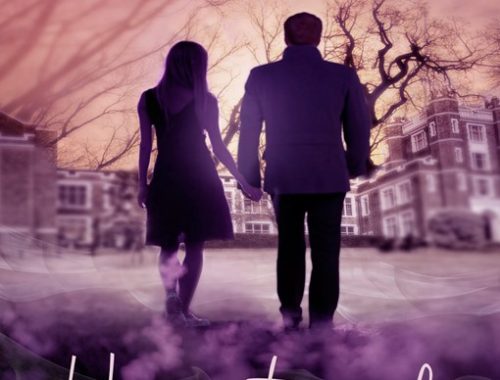