Some of you know already that I work for Big Fish Games for my day job, and because of this, I thought I’d take a moment to provide some helpful data on how to give our games as gifts if you want to give casual games of the sort we sell to your loved ones!

First of all, if you don’t know already, what we sell are things in the general category of “casual games”, ranging from Hidden Object-type adventures (some of which can be quite complicated and dark) to Match 3 type games (think Bejeweled, Gummy Drop, or one of my personal Big Fish favorites, Unwell Mel) to card-type games (think Fairway Solitaire and Fairway Solitaire Blast), and many more.

What platforms our games can be played on

We sell games for PC, Mac, iOS, and Android.

Note that a lot of our recent releases are Free to Play style games, meaning anybody can download and play them, but they have in-app purchases. Gift credits should basically be used on non-Free-to-Play type games.

We sell our iOS games through iTunes, of course. So there are a few different ways you can go about giving out our iOS games as gifts.

One: we have a bunch of app bundles available for our iOS games and you can see them on our site here. And we’ve got a Help page up about app bundles here.

From what I’ve seen googling around, you can buy an app bundle via your computer in iTunes and then you can download the individual apps onto your iOS device, even if you’re not running iOS 8 yet. So if you want to give an app bundle to somebody, and they don’t have iOS 8 on their phone or iPad yet, have them redeem the gift code on their computer. See this post for a longer explanation.

Two: If you want to give an individual game as a gift, you can do that too via the iTunes app store’s usual functionality. As with our desktop games, a lot of our iOS games are Free to Play. So if you see specific Big Fish Games with a visible price on them, those are ones you can give as gifts. (For example, Mystery Case Files: Return to Ravenhearst, a long-time favorite of mine.)

I don’t know yet whether iTunes app store credit can be applied to in-app purchases on our iOS Free-to-Play games. I’ll update this post when I find out.

The vast majority of our Android games are available via either the Amazon app store or the Google Play store.

On Amazon, I don’t see an immediate way to give specific games as gifts–but I do see that you can give Amazon coins as gifts to people, and they can then spend them on apps. Alternately, you can always also buy Amazon gift cards for folks and they can spend those on apps as well.

On Google Play, it’s a similar situation–I don’t see a specific way to give an individual game as a gift. And checking the Help on Google Play’s store, I see that you can only buy physical gift cards for people if you want to give them credit to the store. You can’t buy store credit online for someone else’s account, just your own.

I don’t know yet whether Amazon and Google Play store credit can be applied to in-app purchases on our Android Free-to-Play games. I’ll update this post when I find out.

What games should you buy?

So enough with the details–what games do I recommend?

First, here is an earlier post I did on the topic of my favorite games, including several from Big Fish.

(Note: since I wrote that post I have in fact started playing “Escape from Ravenhearst”, but be advised that that game is particularly dark compared to a lot of our usual fare. It’s one of the few games we’ve published with an actual content warning. It’s not kidding. So if that’s a concern, you might skip that one and go to the next one in the series.)

Some more recent releases that aren’t mentioned in that post: I’m VERY fond of Fairway Solitaire Blast, which is a Free to Play game, but which strikes a decent balance between playability (you don’t really need to buy extra perks to solve levels) and reasonably priced extra perks (you can drop 99 cents on a new pack of lives if you don’t want to wait for your lives to recharge).

And in terms of full-download, premium-type games, I like the “Awakening” series as well, which starts with “Awakening: The Dreamless Castle”. “Empress of the Deep” is pretty cool, too, and it’s got sequels as well.

Any questions? Recommendations to others about your favorite casual games? Tips on how to give games as gifts? Drop a comment and let me know! 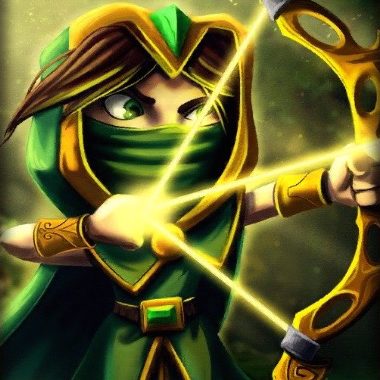